One of the great thing about our writers is being able to follow their activities beyond the book. We’re always curious to see where their journalistic noses have sniffing out and we hope our readers are too. In the spirit of year-end lists, here is a quintet of great pieces published this year by our writers both recent and forthcoming. 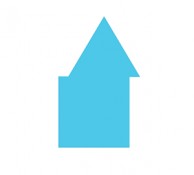 A Business With No End
by Jenny Odell
Interactive feature on the strange world of online shipping, published in the New York Times.
Odell’s book How To Do Nothing, a critique of the attention economy, will be published in April 2019.

Books After Amazon
by Onnesha Roychoudhuri
An investigative longform piece on the future of books in an Amazon empire, published in the Boston Review.
Roychoudhuri’s book The Marginalized Majority, a galvanizing and personal examination of the collective power of the Left, was published in July 2018.

Notes on Trap
by Jesse McCarthy
An essay in meditative vignettes on trap, a burgeoning sub-genre of hip hop, published in n+1.
McCarthy’s novel The Fugitivities, about the experiences of two expat African-American acquaintances, will be published in the fall of 2019.

Notes on the Death of Oxana Schanko
by Jacqueline Feldman
A eulogy for one of Paris’s most outspoken young feminists, published in the Paris Review Daily.
Feldman’s book Precarious Lease, a documentary in prose about a Parisian squat community, will be published in the fall of 2019.

Vintage Tech: The Ballpoint Pen
by B. Alexandria Szerlip
A historical consideration of this ubiquitous writing toll, published in the Believer.
Szerlip’s biography The Man Who Designed the Future, about the modernist visionary Norman Bel Geddes, was published in April 2017.