“Take 98 percent of whatever energy you devote to worrying about the future of the Times and rechannel it into worrying about your local daily, which is very likely approaching existential crisis.” So writes Joshua Benton director of the Nieman Journalism Lab, a sort-of think tank devoted to helping “journalism figure out its future in an Internet age.”

The paper is on a mission to double its digital revenue from 2014’s $400 million to a projected $800 million in 2020. Benton’s Neiman Lab report indicates that the Times is likely to clear $600 million in digital sales this year. 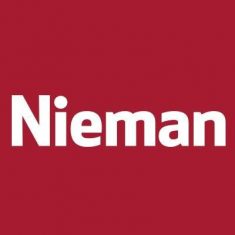 Now the poindexters among you might point out that the $600 million figure doesn’t technically have the paper on pace to reach its 2020 goal. OK, yes, noted. But it’s still a rosy picture, and part of a quarter 3 earnings record for the paper of record (at least in the span since 2013 that Benton puts under a microscope).

Benton shows how this digital subscription cash is crucial to a business model where print advertising is shrinking out of existence, print subscriptions are flat at best, and digital advertising is not the cash cow that it really could be (thanks to the cut that Google and Facebook take).

And so he concludes, “if the other 1,300 or so daily newspapers in America could figure out digital subscriptions, we’d all be okay.”

In short, if this is failing imagine what winning looks like?