Tarun Tejpal, author of The Story of My Assassins reads at New York’s Asia Society, with Tunku Varadarajan (Newsweek) 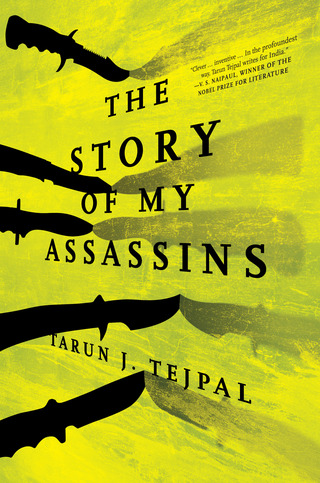 Join journalist, publisher and novelist Tarun Tejpal in conversation about his latest book, the highly acclaimed The Story of My Assassins. Followed by a book sale and signing.

Inspired by actual events, The Story of My Assassins tells the story of a journalist who learns that the police have captured five hitmen on their way to kill him. Landing like a bombshell on his comfortable life, the news prompts him to launch an urgent investigation into the lives of his would-be murderers — a ragtag group of street thugs and village waifs — and their mastermind. Who wanted him dead, and why?

But the investigation forces him to reexamine his own life, too — to confront his own complex feelings about the country that crafted his would-be killers, as well as himself, his job, and his treatment of the women in his life.

Tarun J. Tejpal is a journalist, publisher, novelist and founder of Tehelka, one of India’s leading news magazines that is renowned for its aggressive public interest journalism. He has been named one of India’s most influential people by The Guardian, Businessweek and Asiaweek.

Tejpal famously reported for Tehelka on the devastating corruption in India’s defense industry. The investigation led to the resignation of the defense minister — and to the death threats that inspired The Story of My Assassins.

A celebrated literary novelist as well as a journalist, Tejpal has won international critical acclaim. His debut novel The Alchemy of Desire received rave reviews, including in the Washington Post, Los Angeles Times, Guardian, and others, and was praised by V.S. Naipaul as “a new and brilliantly original novel from India.” The Alchemy of Desire also won France’s Prix Mille Pages, for foreign literary fiction, and Tejpal’s second novel, The Valley of Masks, was longlisted for the 2011 Man Asian Literary Prize.

“Tarun Tejpal is clever and inventive. In the profoundest way he writes for India.” — V.S. Naipaul

For more details and tickets visit the Asia Society.

TARUN J. TEJPAL is a journalist, publisher, novelist, and founder of India’s leading news magazine, Tehelka. He has been named one of India’s most influential people by The Guardian, Businessweek and Asiaweek. A celebrated literary novelist as well as a journalist, his fiction has been awarded France’s Prix Mille Pages and was a finalist for the Man Asian Literary Prize. His debut novel, The Alchemy of Desire, was hailed by V.S. Naipaul as “a new and brilliantly original novel from India.” Tejpal lives in New Delhi.

TUNKU VARADARAJAN is the editor of Newsweek International. He is also the Virginia Hobbs Carpenter Fellow in Journalism at Stanford’s Hoover Institution. He was an editor at the Wall Street Journal from 2000 to 2007, an executive editor for opinion at Forbes, and served at the Times of London as both the New York and Madrid bureau chief. He is an adjunct professor at the City University of New York’s Graduate School of Journalism, and has been a clinical professor at the Stern School of Business at New York University, an adjunct professor at Columbia University’s Graduate School of Journalism, and a lecturer in law at Trinity College, Oxford.