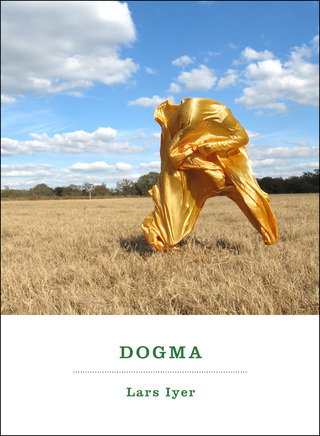 LARS IYER is a lecturer in philosophy at the University of Newcastle upon Tyne. He is the author of two books on Blanchot (Blanchot’s Communism: Art, Philosophy, Politics and Blanchot’s Vigilance: Phenomenology, Literature, Ethics) and the novel Spurious, which was 3:AM Magazine’s Book of the Year in 2011. He writes at his blog Spurious, and is also a contributor to Britain’s leading literary blog, Ready, Steady, Book. His literary manifesto, “Nude in Your Hot Tub, Facing the Abyss” appeared in Post Road and The White Review.

EMILY ST. JOHN MANDEL was born on the west coast of British Columbia, Canada. She studied dance at The School of Toronto Dance Theatre and lived briefly in Montreal before relocating to New York.

Her third novel, The Lola Quartet, is forthcoming in 2012 from Unbridled Books in the United States and McArthur & Company in Canada. Her previous novels are Last Night in Montreal (a June 2009 Indie Next pick and a finalist for ForeWord Magazine’s 2009 Book of the Year) and The Singer’s Gun (winner of an Indie Bookseller’s Choice Award, #1 Indie Next pick for May 2010, long-listed for both The Morning News’ 2011 Tournament of Books and the 2011 Spinetingler Awards.)

She is a staff writer for The Millions. She has an essay in the recent anthology The Late American Novel: Writers on the Future of the Book (Soft Skull, 2011), and her short fiction will appear in Venice Noir, an anthology forthcoming from Akashic Books in 2012. She is married and lives in Brooklyn.

NED BEAUMAN‘s novel Boxer, Beetle won the 2011 UK Writers’ Guild Award for Best Fiction Book and the 2012 Goldberg Prize for Outstanding Debut Fiction. He has written for the Guardian, the Financial Times, Dazed & Confused, AnOther, AnOther Man, Frieze, Fact, Icon and the Literary Review.