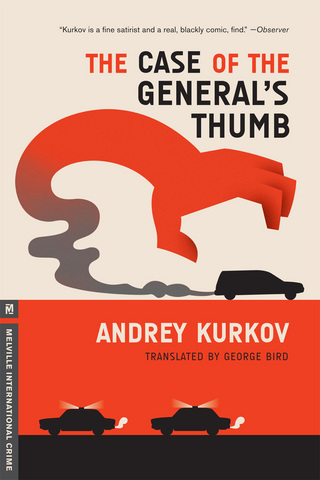 Join celebrated Ukrainian author Andrey Kurkov at the legendary Partners & Crime Bookstore for a reading, discussion and signing. The discussion is being hosted by the Russian novelist Pavel Lembersky (Aboard the 500th Jolly Echelon).

Andrey Kurkov, born in St. Petersburg in 1961, now lives in Kiev. Having graduated from the Kiev Foreign Languages Institute, he worked for some time as a journalist, did his military service as a prison warder at Odessa, then became a film cameraman, writer of screenplays, and author of critically acclaimed and popular novels. The first of which he had to borrow money from friends to self-publish and sell on the sidewalks of Kiev. He has gone on to become one of the most popular and critically acclaimed writers in Ukrainian history, and his books have been translated into 25 languages.

Pavel Lembersky was born in Odessa, USSR, and came to the United States in 1977. He graduated from the University of California at Berkeley with a degree in comparative literature, did graduate work in film at San Francisco State University, and worked in New York City film industry.

Pavel Lembersky writes his prose and screenplays in Russian and in English. He authored three collections of short stories: “River #7”, “The City Of Vanishing Spaces” and “A Unique Occurrence”. Lembersky’s work was included in “The Anthology of Short Stories” published in Moscow. His short stories have been translated into English, German, Finnish and Vietnamese and have appeared in literary magazines in Moscow, New York, Munich, Jerusalem and Helsinki. In 2000-2006 he co-hosted, with Vadim Yarmolinets, a radio talk show in New York. Pavel Lembersky is a frequent contributor to “Teatr”, “Foreign Literature” and “Snob” magazines as well as OpenSpace.ru.