Andrey Kurkov in conversation with Christopher Boucher at Back Pages Books 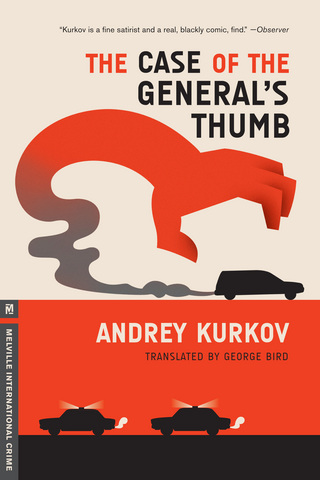 Acclaimed Ukrainian novelist Andrey Kurkov will read from his newly released novel The Case of the General’s Thumb as well as his beloved classics, Death and the Penguin and Penguin Lost. This will be followed by a discussion with fellow Christopher Boucher, author of How To Keep Your Volkswagen Alive.

Refreshments will be served.

Praise for Andrey Kurkov and Death and the Penguin:

“Death and the Penguin successfully balances the social awkwardness of Woody Allen, the absurd clashes of Jean-Luc Godard and the escalating paranoia of Franz Kafka.”
—Vikas Turakias, The Cleveland Plain Dealer

“A striking portrait of post-Soviet isolation…. In this bleak moral landscape Kurkov manages to find ample refuge for his dark humor.”
—The New York Times

“Delicious… when Viktor finally finds Misha it is as if Woody Allen had gone to meet Kurtz.”
—The Spectator

ANDREY KURKOV, born in St. Petersburg in 1961, now lives in Kiev. Having graduated from the Kiev Foreign Languages Institute, he worked for some time as a journalist, did his military service as a prison warder at Odessa, then became a film cameraman, writer of screenplays, and author of critically acclaimed and popular novels.

CHRISTOPHER BOUCHER received his MFA in Fiction from Syracuse University, where he studied with George Saunders and Junot Díaz. Before moving to Syracuse, he worked as the Arts and Entertainment Writer for The Daily Hampshire Gazette, and drove (when it started) a 1971 Volkswagen Beetle. He currently teaches writing and literature at Boston College, and is the managing editor of Post Road Magazine. In his free time, he plays banjo in a bluegrass band.