It’s St. Patrick’s Day, and we’re getting in the spirit with this early excerpt from Caitriona Lally’s debut novel Eggshells, which we were delighted to publish earlier this week. In the best traditions of Irish writing, it’s ebullient and warm, inventive and solid. Here, our hero, Vivian Lawlor, is making her way around her native Dublin. Suffice it to say: she has some adventures. Enjoy!

I close my eyes, circle my finger around the map and pick a point. When I open my eyes, I see that my finger has landed nearest to Thundercut Alley. If a thunderclap or lightning ash can transport characters in films and fairytales to other worlds, visiting Thundercut Alley might scoop me up and beam me off to where I belong, or cleave the ground in two and send me shooting down to another world. When my parents were alive, they tried to exchange me for their rightful daughter, but they must not have gone to the right places or asked the right questions. I crouch at the front door in the hallway and listen; I can’t hear my neighbours, so it’s safe to go out. I walk to the bus stop and stand beside a man wearing a grey jacket with a hood, holding a bottle of cola. He nods at me.

I give an exaggerated shiver, because one word seems a fairly meagre response. I think about the seas of the world.

“It’s really more Arctic than Baltic,” I say. “Surely the Arctic is the colder sea.”

He unscrews the cap from the bottle, pours some on the ground in a brown hissing puddle and balances the open bottle on a wall. Then he takes a brown paper bag containing a rectangular glass bottle from inside his jacket, pours the clear liquid from the glass bottle into the cola bottle, and puts it back inside his jacket. When he takes a sip from the cola bottle, he smiles like he has solved the whole world.

The bus arrives. I get off on O’Connell Street and walk in the direction of the river, passing the bank on the left, which has a carved stone skull of a cow over each side window. A blue-and-white football is wedged beside one window, as if the dead cows had a kick around in the dark of night. I cross the street near a building with the look of a fairytale, and a sign that reads “E Confectioners Hal.” It’s a shoe shop now, but maybe they sell shoe measures of jam or sweets, and the people with the biggest feet have the rottenest teeth. I cross Bachelors Walk to the boardwalk, and head west. The river and the traffic flow east on either side of me, which makes me feel the wrong way around. I stop and sit on the wooden bench and look at the other side of the river. From this angle, the buildings on the south quays look like they were dropped from a height and shoved together, with the Central Bank sticking up behind, like a Lego brick they forgot to paint. When the boardwalk ends, I cross the street and pass solicitors’ offices, bargain furniture shops and dark pubs, until I reach the museum in Collins Barracks. I come here when I need to look at furniture and containers; I’d rather look at the things that hold other things than at the things themselves. I take out my notebook and walk through the museum, collecting names: “Posset Bowl, Mether, Pitcher, Tankard, Water Bottle, Sweetmeat Box, Chalice, Salt Cellar, Monstrance, Sugar Bowl, Goblet, Vase, Trinket Box, Ewer, Jug, Inkstand, Flagon, Hot Water Urn, Decanter, Snuff Box, Patch Box, Cruet Stand & Bottles, Finger Bowl, Carafe, Pickle Jar, Sweetmeat Cup, Chocolate Pot, Coffee Pot, Teapot, Kettle, Cream Ewer, Strawberry Dish, Sugar Basket, Egg Cup, Butter Dish, Tea Caddy, Salver, Cigar Box, Needlework Box, Correspondence Box, Bridal Coffer, Blanket Chest, Calling-Card Box, Travelling Box, Writing Cabinet, Log Carrier, Coal Scuttle, Double-Compartmented Meal Bin.”

Every item in the glass case is labelled with its function. It knows what it’s supposed to hold; its task has been assigned. It is clear and ordered and contained. I peer closely at the snuff boxes. If I tried some snuff, I’d probably sneeze ferociously, but they would be pleasant-smelling sneezes. The ornate chests and trunks are behind glass. The caption says that the bridal coffer is decorated with mother-of-pearl and gilt inlays, brass escutcheons and lacquer. I would like to be decorated with escutcheons, but I probably should find out what they are first. My gravestone could read: “Here lies Vivian Lawlor: She wasn’t Quite the Thing, but She was Decorated with Escutcheons.” 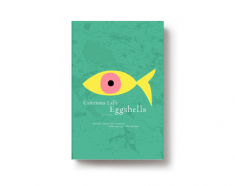