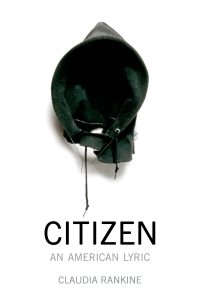 Recently, Lisa Lucas, director of the National Book Foundation, spoke with Time about being both the first woman and first black person to hold this office, the role of literature in America right now, and a couple of totally dissimilar US presidents.

In President Barack Obama, Lucas tells the magazine, we had “a wonderful reader,” someone who continually expressed that he lived by and for literature — and meant it.

We have, to put it gently, a very different president. So where then, book-wise, should Trump begin?

Lisa Lucas has some suggestions. Good ones, of course:

I’d recommend some books that have recently been celebrated by the foundation: Claudia Rankine’s Citizen; John Lewis, Andrew Aydin and Nate Powell’s March; Arlie Russell Hochschild’s Strangers in Their Own Land; and Ibram X. Kendi’s Stamped From the Beginning.

Or, if those all reside outside Trump’s Lexile score, and they very well may — how about… The Lorax?