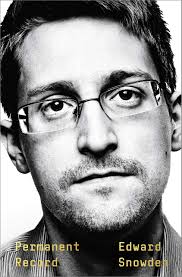 This past Tuesday, Metropolitan Books (an imprint of Macmillan) published Permanent Record, the memoir from former CIA and NSA intelligence contractor Edward Snowden.

That same day the U.S. Department of justice—blowing the whistle on the government’s most high-profile whistleblower—filed a lawsuit against the newly-minted author, alleging that Snowden failed to submit the book for CIA and NSA review, thus violating non-disclosure agreements from his time with those agencies.

The government’s aim, it seems, is not to purge the book from shelves, but rather to ensure that it cannot be profitable. As U.S. attorney for the Eastern District of Virginia, G. Zachary Terwilliger, stated: “This lawsuit will ensure that Edward Snowden receives no monetary benefits from breaching the trust placed in him.”

In a counter-statement, Snowden’s ACLU lawyer Ben Wizner wrote: “Had Mr. Snowden believed that the government would review his book in good faith, he would have submitted it for review. But the government continues to insist that facts that are known and discussed throughout the world are still somehow classified.”

This added publicity—combined with a New York Times review that includes the selling phrase “reads like a literary thriller”—is, of course, moving copies of the book. Indeed, as of this writing it is the #1 selling book on Amazon—though it is unclear who, if anyone, will profit from those sales.