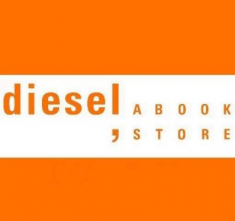 In troubling times like these, you do what you can with what you have (that’s what we always say, anyway) and what Larkspur, California’s excellent DIESEL, A Bookstore has is a keen understanding of the power and importance of books — especially in times of uncertainty and strife, and especially for children.

That’s why, in the immediate aftermath of the fires that recently consumed thousands of homes across northern California, DIESEL owners John Evans and Alison Reid set out to help by encouraging members of the community to donate children’s books to afflicted families currently residing in evacuation shelters.

It is a joy to bring relief to those in such pain and to bring something positive to bear on such loss. Families have been bringing in books from their homes, with children excited to give their books to other children who need them.

That’s pretty awesome. What’s even more awesome is the fact that participants are also buying books directly from the bookshop with the explicit purpose of donating them straight away. Evans went on to tell McMurtrie that many customers, after paying, were immediately placing their purchases in the store’s collection barrels.

That’s doubly awesome. Obviously, providing entertaining and imagination-provoking reading material to children who’ve just lost their homes is a phenomenal deed. But supporting a local, independent bookstore while you’re at it? Downright saintly.

A rough estimate has the total number of donated books around 2,700.

And the campaign, it seems, is just getting started. DIESEL reports that their initiative has now been adopted by Oakland’s East Bay Booksellers (formerly a DIESEL location), Publisher’s Group West, Children’s Book Council, and Santa Barbara’s The Book Den.

DIESEL is accepting donations now. If you find yourself over there, give ’em a big hug from us.