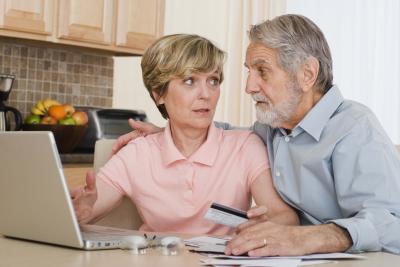 n case you hadn’t heard, the US Congress and President Obama are having a hard time agreeing to terms on raising the debt ceiling. Leaders from the Congress met yesterday at the White House to supposedly do some kind of “negotiating” to resolve the issue. More likely they went in planning sit around and twiddle thumbs for a few hours so they could come out later, stand before television cameras, and then parade a few self-righteous talking points that blamed the other side for the lack of progress. The posturing and moralizing over who is not being serious about getting a deal done has become a sort of national sport.

And yet if you listen to President Obama nowadays, he seems to have digested a few Republican talking points somewhere along the line and has started regurgitating them as his own. Paul Krugman quoted the president in a column last week as saying, “Government has to start living within its means, just like families do. We have to cut the spending we can’t afford so we can put the economy on sounder footing, and give our businesses the confidence they need to grow and create jobs.”

As Krugman went on to note, “That’s three of the right’s favorite economic fallacies in just two sentences. No, the government shouldn’t budget the way families do; on the contrary, trying to balance the budget in times of economic distress is a recipe for deepening the slump.”

As it happens, David Graeber, author of the forthcoming Debt: The First 5,000 Years from Melville House, was interviewed by Jay Kernis last week for the blog of CNN’s now-defunct In The Arena and Kernis asked Graeber about this analogy. Graeber, with characteristic wit and adroit command of facts, proceeded to explain why this analogy is absurd. Since it’s so relevant to what’s going on right now, I’ll quote the exchange in full:

At a recent news conference, the president once again compared government spending to what American households face. ”Our first starter home was a $180,000 condo,” Obama said. “That was still a good investment, and we were able to make the payments.” Are the bills that average Americans face a good analogy to explain the complexities of government spending?

To be honest it’s hard to imagine a more ridiculous analogy. It’s hard to even count the ways. Sure, households have to bring in revenues, and they have to pay some of it out, or borrow the difference. But there the resemblance ends.

First of all, the US government is like a household where the breadwinner gets to charge his employer anything he likes. Second of all, if you or I borrow money, we borrow it from somebody else – a bank, usually, which can call in the repo man, and eventually, if you don’t cooperate, the police.

The US owes most of that money to itself. Four dollars in five are owed internally, and about half of that is actually owed by the government to other branches of the government—especially, to the Federal reserve.

And of course insofar as cops are involved, the government is the cops – nobody can force it to do anything it doesn’t want to. Certainly the Fed can’t – if the government really wanted to, it could take over the Federal Reserve entirely, or abolish it, or rewrite its rules pretty much any way it wanted to.

Then finally there’s the overseas debt. Even that isn’t much different. If you look at what actually happens with all those Treasury bonds floating around in foreign banks – well, the vast majority never get called in. The banks holding them just roll them over every five or ten years, as soon as they mature.

Why? Because, as I say, T-bonds have come to replace gold as the world’s reserve currency. So there’s the final reason the analogy is so silly. When you or a member of your household writes a check, the recipient tends to cash it. When the US government writes a check, and gives a foreign bank or government an IOU, the recipient almost never does.

But that’s just a very superficial explanation. On a deeper level, the analogy is even more absurd, because, the US needs to maintain a deficit, or catastrophe would ensue. The real secret of the system is that these IOUs basically are money. Modern money mainly consists of government debt.

The current financial system – based on central banks – really goes back to 1694 when a group of London merchants made a loan to the King of England to fight some war in France, and he gave  them the right to call themselves “the Bank of England” and loan the money he owed to them to other people in the form of bank notes. That’s what British money actually is  - an IOU from the king, an uncashed check.

US dollars are exactly the same. They’re government debt circulating through the Federal Reserve, which just makes up money, loans it to the government, and then circulates the debt. They try to make the system as complicated as possible so ordinary people won’t understand what’s going on, but it means that the real dirty secret of the system is that if the deficit ever completely went away, it would cause a complete catastrophe.

Just as the King can never repay his debt to the Bank of England, or else the British currency system would collapse, the US has to maintain a national debt – as indeed, it always has, we’ve always been in arrears since independence – or there’d be no money. (Or if you want to be technical, private banks would have to make up all the money by making loans, but of course, at the moment, our big problem is that they aren’t doing that.)

The system might seem crazy – and in a way it is – since it seems like the government is writing checks that never get cashed – why would anyone go along with that?

But that’s where taxes come in. The government effectively says “well, these dollars are circulating US debt, and we’re not going to give you anything for them, exactly, but we will let you use it to cancel out the debt that we’ve decided you owe to us” – your income tax, etc. US taxes can only be paid in dollars. So to keep the system running, the government has to demand taxes, but they also have to make sure they spend more than they get, to keep the IOUs all circulating around.

So you see why I say it’s a ridiculous analogy?