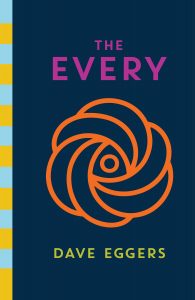 Want to get the hardcover of Dave Eggers’s new book, The Every? Well, you’ll have to get it at an independent bookstore—that’s the only place it will be available.

The Every won’t be available in hardcover for next-day Prime shipping. It’ll only be available at independent bookstores and on McSweeney’s website, the publishing company founded by Eggers. However, the paperback version of The Every will be available on Amazon six weeks after its release.

In an email explaining the decision, Eggers said, “I don’t like bullies. Amazon has been kicking sand in the face of independent bookstores for decades now.” The COVID pandemic has only worsened this phenomenon, forcing independent bookstores to figure out new ways to generate income. Even so, according to the American Booksellers Association, 35 member bookstores have closed during the pandemic, with roughly one store closing each week.

Meanwhile, Amazon had its most prosperous year yet: They reported a net income of 21.33 billion dollars, up from 11.6 billion the previous year. Their total revenue? 386 billion.

The choice to not sell the hardcover on Amazon is consistent with the premise of Eggers’s novel. It follows Delaney Wells, a tech skeptic, as she tries to take it down from the inside. The titular company, The Every, is the result of a merger between the world’s most powerful e-commerce site and the biggest social media company/search engine.

Eggers spoke further on this to The New York Times:

“One of the themes of the book is the power of monopolies to dictate our choices, so it seemed a good opportunity to push back a bit against the monopoly, Amazon, that currently rules the book world,” he said. “So we started looking into how feasible it would be to make the hardcover available only through independent bookstores. Turns out it is very, very hard.”

This is not the first time that Eggers’s books have gone through untraditional publishing arrangements. In 2002, he distributed the hardcover of his novel You Shall Know Our Velocity directly through about 500 independent bookstores, again working around Amazon.

This isn’t going to change publishing forever or eliminate Amazon entirely, but a number of small steps like these could really make a difference in ensuring that independent bookstores, which are the heart of many cities around the world, get the love and support that they deserve.