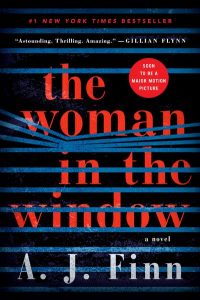 As most folks reading this will already know, Ian Parker‘s devastating profile of Dan Mallory in the New Yorker has caused quite the stir in publishing circles. To the one person reading this who isn’t familiar with the broad strokes: Dan Mallory, the pseudonymous author of last year’s bestselling thriller, The Woman in the Window, spent a decade in publishing, working his way up from assistant at Ballantine Books, to editor at Sphere (an imprint of Little, Brown in the UK), to William Morrow, all on the merits of a dizzying and ever-growing array of truly outrageous lies. His career bears an uncanny resemblance to that of a Patricia Highsmith villain, minus the murder.

The piece clearly hit a collective nerve in publishing, which remains an industry in which a handful of powerful white men occupy the overwhelming majority of senior positions, while women (who represent the bulk of the workforce) and people of color are kept in entry and mid-level positions. Author Laura Sebastian put it best:

The Dan Mallory story is wild and hilarious until you remember that young women of color are leaving publishing in droves while mediocre white men continue to find enormous success while making subzero effort and creating hostile work environments for their coworkers.

This particular dynamic is absolutely what makes Parker’s piece simultaneously engrossing and infuriating. Everyone in publishing knows that the situation is bad, and that undeserving pudding-heads (nearly always men) trip ass-first into six-figure jobs while the rest of us (women, people of color, sad men) trudge dutifully into work every day for exquisitely modest pay and the satisfaction of a poorly understood job well done. This is the infuriating part. The engrossing part is what the story tells us about how this came to be. While Mallory is a fascinating and grotesque character, the truly consequential figures in the story are the managers and senior editors who allowed themselves to be so easily taken in by a modestly handsome sociopath with an obviously fake British accent. This is partly the answer to those of us who ask ourselves every year after the VIDA Count comes out, “Why can’t we get anything done about this? Why is this the same or worse every year?” Perhaps it is because hiring editors at places like Little, Brown and at William Morrow are constitutionally incapable of exercising even the slightest bit of skepticism towards young, white, sons of privilege.

While this is first and foremost a story about the specific failings of prestige publishing, it also fits neatly into the sweeping and epic failures of our broader society and economy. Is it not a tidy device that Dan’s brother Jake was working at Wells Fargo in 2013, at the height of that august institutions sales fraud scandal? Is it any surprise that Jake started his career as an intern at Bank of America Charlotte, where dad worked?

Read these two marriage announcements in the New York Times from the late 70s and early 80s, the only mention I could find of Mallory’s maternal grandfather, John Barton Poor. Does anyone doubt that these figures—president of RKO General, an Uruguayan official during the era of Operation Condor, institutional markets manager for The Boston Company—have lived…eventful lives, as has their scion, Dan?

When people these days talk about the oligarchy, and about the necessity of reigning in wealth inequality, this is more or less exactly what they’re talking about. The details of Dan Mallory’s career in publishing are just a lurid footnote to the seemingly implacable accumulation of resources that goes quietly on in Amagansett, Long Island. And, as Kelsey McKinney puts it:

I can’t stop thinking about how, even after the scam is revealed and the jig up, these people (Dan Mallory, Elizabeth Holmes, etc) still get to keep all the money they cheated their way into.

And in fact this observation describes a critical element of contemporary American life: There is no accountability for the rich and the powerful. Brian Kemp, Bret Kavanaugh, Steve Mnuchin, etc. The list goes on and on.