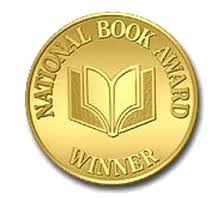 The National Book Awards ceremony is one of the biggest events of the year for the book publishing industry, and the National Book Foundation has just announced that Cynthia Nixon will be this year’s host.

While most of us know Nixon for her role as Miranda Hobbes on HBO’s “Sex & the City” (itself an adaptation of Candace Bushnell’s 1996 book of the same name), the actress is “no stranger to the literary world,” as Michael Schaub reports for the Los Angeles Times. She has, he notes, starred in films based on the novels I Am the Cheese by Robert Cormier and The Pelican Brief by John Grisham, and “recently portrayed Emily Dickinson in the 2016 movie ‘A Quiet Passion.’”

Winners of the National Book Award in fiction, nonfiction, poetry, and young people’s literature will be announced at the ceremony, which will be held at Cipriani Wall Street on November 15. Finalists below.

Erica Armstrong Dunbar, Never Caught: The Washingtons’ Relentless Pursuit of Their Runaway Slave, Ona Judge
Frances FitzGerald, The Evangelicals: The Struggle to Shape America
Masha Gessen, The Future Is History: How Totalitarianism Reclaimed Russia
David Grann, Killers of the Flower Moon: The Osage Murders and the Birth of the FBI
Nancy MacLean, Democracy in Chains: The Deep History of the Radical Right’s Stealth Plan for America

How many of this year's National Book Awards finalists have you read?