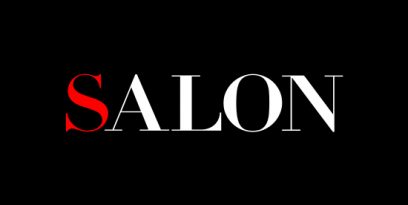 All of the computer hardware in the world combined can do about 1.5 x 10^21 FLOPS per second (translation: roughly a fuckton). It reflects a huge uptrend in our ability to perform operations and solve problems. For the average computer user, the amount of processing power a computer holds hardly matters. Most of us just use them for email, YouTube, and the occasional Excel spreadsheet. That means the very device on which you’re now reading this is likely using only a small chunk of its ultimate power.

This is how Salon wants to solve its declining ad revenue problem. All of that unused processing power could be used to mine cryptocurrency.

A recent Pew Report on changes in the newspaper industry showed a decline of over thirty percent in ad revenue in the past decade. Most publications have tried to bridge this gap by expanding on their current product lines. It’s now common to see paywalls for online access and special fees associated with certain content, like recipes or travel blogs. Others are hosting events and using their access to journalists and celebrities as an incentive. But none of these approaches addresses the fundamental problem that most online journalism receives a fraction of its value in ad revenue. 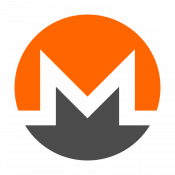 Using cryptocurrencies to solve this problem might be novel, but it isn’t as crazy as it sounds. Most cryptocurrencies achieve their value by directing one or a group of computers to solve what amount to really hard math problems. This is called “mining” the currency. Once a problem is solved, the computer that solved it receives a digital “coin” (actually a data marker) as proof. After cryptotrading made blockbuster news last fall, the value of these coins comprises a market of almost $400 billion dollars.

It’s certainly a complicated subject, and one we’ve covered in a very specific context before: last November, we wrote about an initiative at the New Inquiry that enables users to mine a cryptocurrency called Monero to direct toward bail funds for indigent clients.

For Salon and other publishers, cryptocurrency presents an opportunity to make up for some of that lost revenue. If you’re running an adblocker, a pop-up will appear the next time you navigate to Salon. Now here’s where it gets interesting: if you choose, you can access the site without ads. You’ll be directed to another pop-up, asking permission to use your computer’s processing power to mine Monero. Once you’ve waded in that deep, your browser will get to work, mining Monero — without your even noticing. I’ve included a screenshot below that shows the problems being solved while I was reading an article about how Jared Kushner is a huge security liability for the White House. As a user, I found that the site functioned perfectly, and my experience was ad-free.

It’s unclear how much revenue Salon will bring in from this experiment, but if its value can surpass that of an ad, we can expect them to keep it going.

Book publishers might keep an eye on this as well. With the failure of subscription services like Oyster in 2015, many outlets have been trying to solve the problem of extracting value from the time users spend with e-books. Anyone who recommends serving ads to e-book users should expect to be run out of town with pitchforks and torches, but if the iPad you’re reading this on could be utilized to mine some currency in the background, with no interruption to your experience, it’s hard to imagine anyone objecting.

To be fair, there are some concerns that should be raised from the outset, too. For starters, Monero attempts to be even more secure and more private than other cryptocurrencies. Within the Monero network, all origins, destinations, and amounts are completely encrypted and inaccessible to law enforcement and others. At Wired, Andy Greenberg has even reported that Monero had become the currency of choice on the Dark Net, which is home to illegal doings of all sorts. (We did a book on this, by the by.)

Other users might be concerned at hearing their computer fans whirring a little faster than usual while reading Salon. The explanation is simple: the more processing power you use, the more heat your computer generates (and the more electricity it uses). When you’re paying your electric bill, you could see Salon as charging you extra to read their site, I guess? But if you’re reading enough Salon for this to really matter — well, you’re just a super-user.

It will be interesting to see how this experiment plays out and whether it’s ultimately profitable for Salon. If so, we may begin to see other publications adopting the strategy.

Until then, anyone doing this can pat themselves on the back for joining the cryptocurrency revolution.