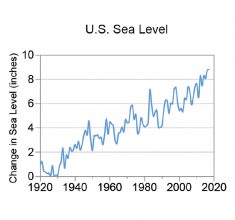 The seas are rising around us. Many of us know this to be true. We know it’s a bad thing. Many among us even recognize that human activity has spurred this process along.

One such person is Maria Caffrey, who, until last week, was studying how those rising seas might affect our national parks. Her work was made possible by a contract with the National Parks Service. Though she had reason to think her contract would be renewed after it expired last week, that, ultimately, would not be the case.

A climate reporting collaboration between Reveal and Mother Jones written by Elizabeth Shogren brings us the troubling backstory:

Caffrey, who worked under a contract with the National Park Service, resisted efforts by federal officials to remove all references to human causes of climate change in her scientific report. After Reveal from the Center for Investigative Reporting reported the attempts at censorship, Democratic members of Congress called for an investigation, and in May, the park service released the report with all the references reinstated. 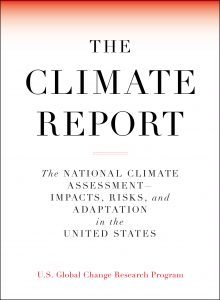 This may sound like a win for the good guys, but when Caffrey learned last week that her funding was cut it certainly didn’t feel that way. And she could trace her misfortune straight back to the powers that be. Shorn writes:

Caffrey said she asked her supervisor at the park service, “Is this because of the climate change stuff?” She said he told her, “I don’t want to answer that.”

Scientists who work under federal contracts are particularly vulnerable to the biases and special interests of the federal government, and the results of their research can also get tangled up in that ideology.

As you may have learned from us by now:

The U.S. Global Change Research Program (USGCRP) is mandated by law “at least every four years … to submit to the President and the Congress an assessment regarding the findings of … the effects of global change, and current and major long-term trends in global change.” This year, the report was released in the wake of a series of some of the most devastating hurricanes in American history, as well as the horrific California wildfires. As the report says, “The assumption that current and future climate conditions will resemble the recent past is no longer valid.”

But that most urgent of reports was released by the Trump administration on Black Friday of last year–buried on the calendar’s quietest media day.

We couldn’t let that stand, and have released a physical version here. Solidarity with Maria Caffrey!