Christian university fires new professor for contents of his novel 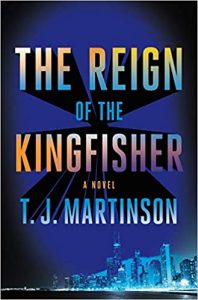 In a Facebook post two weeks ago (which you really ought to read in full), author T.J. Martinson revealed why, before even beginning his new position as an Assistant Professor of English at Olivet Nazarene University, he was fired.

Apparently, an Olivet “constituent” cracked open Martinson’s book, The Reign of the Kingfisher (which none of the folks who actually hired him bothered to do), and discovered, as Martinson says, “lack of Christian morals.”

Martinson spends a bit of caption-real-estate explaining why it’s “an ethical imperative” to write inclusively, and adds:

… when I applied for the job at Olivet, I made clear to them that I consider myself an ally of the LGBTQ+ community and this is an unwavering commitment that runs contrary to Nazarene doctrine. Although the administration tolerated this belief at first, it seems that reflecting this commitment by enacting diversity through my novel (which the administration, represented by Dr. Summers, did not read) was a step too far.

It’s discouraging for sure, but the post, which has been shared more than 500 times now, ends on an uplifting note: “Anyways, I’m going to be A-OK. Just a little miffed. But mostly insanely proud to be a writer and to be reminded that my words have power.”