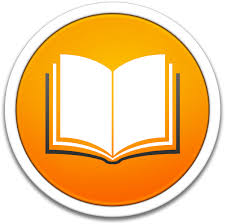 As reported by Paul Mozur and Jane Perlez for the New York Times, party officials initially granted Apple permission to introduce iBooks and iMovie six months ago. But last week, apparently without warning, the State Administration of Press, Publication, Radio, Film and Television ordered that the services be shut down immediately. According to a statement given by Apple, negotiations to restore service are already underway.

Apple has had its fair share of controversy surrounding the iBooks platform, but the Chinese crackdown is something else entirely, and the subsequent precedent set for other, more open publishing markets in the country is grim.

All in all, it’s been a…turbulent year for Chinese publishing. Just last October, after much lobbying by its president Richard Charkin, the International Publishers Association (IPA) voted to extend membership to the Publishers Association of China (PAC). The movement passed despite the vocal opposition from the German Publishers & Booksellers Association, which argued—not unreasonably—that the PAC would not be able to uphold the standards of the IPA, as they are a state-sponsored organization, completely beholden to the will of the Communist Party leadership. Just two weeks ago, at the London Book Fair, keynote speaker and Hachette CEO Arnaud Nourry echoed these anxieties, stating that “it was a generous and optimistic initiative…I just hope we’ll still be comfortable with it in the months and years to come.”

Events of the last several months seem to support these concerns, as the Mighty Current controversy and this most recent round of regulatory malfeasance are two issues that the IPA would probably expect the PAC to weigh in on. While it’s certainly possible that the IPA will be able to guide their Chinese colleagues towards a more independent role within the Chinese state (as was the case when the United Arab Emirates was accepted in 2009, over similar objections), the degree to which the PAC is integrated into the Party apparatus is somewhat unprecedented, and President Jinping’s cultural counter-offensive may be difficult to stem.

All in all, Nourry probably has it right; we’ll have to wait and see.