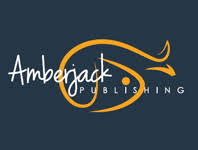 A fact of life in publishing is that big publishers will acquire small publishers and keep them open as an imprint, which builds a complex web of companies that exist under “the big 5” publishing houses. Ali Almossawi put together this nice summary page for the publishing world. The newest purchase that I’ll share with you today is not a big 5 purchase, but instead a purchase by Chicago Review Press, according to Publishers Weekly.

Chicago Review Press was founded in 1973 and acquired Independent Publishers Group (IPG) in 1987. Now, IPG distributes in the United States for large and small independent publishers and for publishers in the United Kingdom, Australia, Canada, France, Ireland, Spain, Israel, and elsewhere, according to the IPG website. IPG offers publishers many services beyond distribution, such as marketing services, pre-publication consultation, publicity and PR, and more. Their goal is to support small and midsize publishers. So, it seems IPG and Chicago Review of Press are fit owners for Amberjack Publishing, a house based in Eagle, Idaho with 63 titles on their backlist, according to PW.

Cynthia Sherry, the publisher for Chicago Review Press and Triumph Books, is quoted in the PW article saying,

“I’ve been a great admirer of Amberjack’s list starting with Girl Boner last year. I love their emphasis on telling women’s stories in their own voices, whether it’s fiction or nonfiction.”

Indie booksellers echo B&N's charges against the DOJ and Amazon