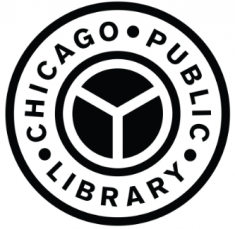 Three weeks ago, the Chicago Public Library system did away with late fees. Since then, hundreds of overdue books have been returned, according to a report from the Chicago Sun-Times.

Library Commissioner Andrea Telli spoke about the new initiative at the City Council meeting last week, sharing the positive results the library system is already seeing in the very short time the policy has been in place.

“The amount of books returned has increased by 240 percent. A huge increase in the number of books coming back. We’re very, very happy to have that … Those books have a value and cost money to buy. We want those assets back. We also want the patron to come back,” Telli said.

More and more libraries around the country are getting rid of their late fees. Chicago now joins Washington DC, Detroit, Pheonix. Boston has dropped late fees for everyone under 18 years old. New York City is considering it. As we’ve discussed here before, getting rid of late fees is a good idea; when a library has late fees, it often prevents people from lower-income levels from using the library. Late fees stifle the spread of information and knowledge by excluding those without the money to pay for it—which is exactly the opposite of what a public library is intended for. Plus, when there is a fear of late fees, many books are simply never returned, and the library loses resources. Telli explained at the meeting:

“People have a library book or many library books. Those books become overdue … They owe fines and then they’re afraid to come back to the library because they can’t pay the fines. So we not only lose that revenue, which we would never have collected in the first place. But we lose the books and we lose the patron,” she said.

We hope this trend continues to spread throughout the country. It’s long overdue.