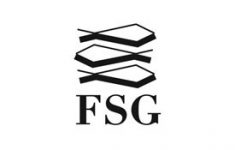 The life of Chelsea Manning—an international caper that has had her called a traitor by some and a hero by others—could be described as operatic. (Indeed, there is literally an opera about it).

So it makes sense that the recent announcement of her own forthcoming book would stir up some serious enthusiasm.

In an interview with the New York Times’s Charlie Savage, Manning described the book:

It’s basically my life story up until I got the commutation, from my birth to my time in school and going to the army and going to prison and the court-martial process. It’s a personal narrative of what was going on in my life surrounding that time and what led to the leaks, what led to prison, and how this whole ordeal has really shaped me and changed me. I view this book as a coming-of-age story. For instance, how my colleagues in the intelligence field really were the driving force behind my questioning of assumptions that I had come into the military with—how jaded they were, some of them having done two three four deployments previously. And then also there is a lot of stuff about how prisons are awful, and how prisoners survive and get through being in confinement.

The yet-untitled book will be published in the United States in Winter 2020 by Farrar, Straus and Giroux, and, as Emma Wenner reports for Publishers Weekly, rights have already been sold into 8 other countries.

Readers can perhaps expect more of the personal than the political, as the book attempts to avoid any run-ins with the government review process for classified information. But with a coming of age narrative as unique as Manning’s, one imagines that the book won’t be any poorer for it.

Worrisomely, Manning may be returning to jail between now and the slated publication date, as on May 16 she will be refusing to answer questions about Wikileaks before a grand jury.