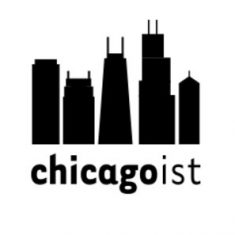 Celebrated rapper and Chicagoan Chance the Rapper has just purchased the defunct Chicagoist, according to Robert Channick at the Chicago Tribune.

The local news and culture site was once owned by union-buster and billionaire Joe Ricketts, who closed it (and its NY-centric sister site Gothamist) last year. Ricketts also owned—and closed—DNAinfo.

In a press release, Mr. The Rapper, who was born Chancelor Bennett, said: “I’m extremely excited to be continuing the work of the Chicagoist, an integral local platform for Chicago news, events and entertainment. I look forward to relaunching it and bringing the people of Chicago an independent media outlet focused on amplifying diverse voices and content.”

Chance let everyone in on his new business venture at midnight July 19, when he dropped four separate singles. In one of them, “I Might Need Security,” he criticizes Chicago mayor Rahm Emanuel and raps that he “bought the Chicagoist just to run you racist bitches out of business.”

As Billboard’s Lyndsey Havens comments, Chance might not consider himself an activist but his actions show he’s committed to the well-being of his hometown and his community of supporters:

He hosts monthly open-mic nights, OpenMike, in Chicago for the city’s youth; helped raise over $2 million to fund arts and education programs at Chicago Public Schools; and has partnered with the Special Olympics for its 50th anniversary this year.… Time and time again, Chance has made clear he sees himself as part of the resistance — and though “Security” opens with the line “I ain’t no activist,” it goes on to prove the opposite. So it’s not entirely out of the question that he might use Chicagoist as a platform for activist journalism.

Neither Havens nor Channick were able to reach The Rapper for comment, so the future of the site is still uncertain. But local journalism in Chicago may be about to find its footing again.