Canada’s largest bookstore chain makes a foray into the U.S. 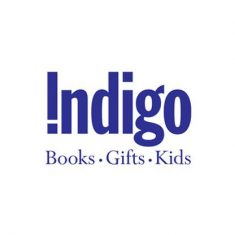 We are bearing witness to the rise of the bookstore as “cultural department store.”

Canada’s largest bookstore chain, Indigo, has taken this concept further than anyone else, moving two or three degrees beyond books to include health and wellness items as well. The umbrella concept of the Indigo store is something like “all of the items in here could be seen as nourishing for your soul, and maybe Instagrammable.”

And now Indigo is coming to the United States.

Last year, Indigo opened its first American outpost, at a luxury mall in Millburn, N.J., and [Heather Reisman, chief executive] eventually plans to open a cluster of Indigos in the Northeast.

Indigo’s ascendance is all the more notable given the challenges that big bookstore chains have faced in the United States. Borders, which once had more than 650 locations, filed for bankruptcy in 2011. Barnes & Noble now operates 627 stores, down from 720 in 2010, and the company put itself up for sale last year. Lately, it has been opening smaller stores, including an 8,300-square-foot outlet in Fairfax County, Va.

Books represent 1/2 of the sales at this expanded-concept bookstore, but, as Reisman says, Indigo does not wish to become “an everything store”—referring to Amazon’s totalizing mission, and its treatment of books as a loss leader. Her personal touch, the Heather’s picks section at the front of the first American store, also seems to reject Amazon’s cold algorithmic logic.

Anything that adds more bookshelves to the American marketplace can be considered a net positive for publishers. But Indigo will be entering the scene during an indie bookstore renaissance, so it remains to be seen whether a proliferation of Indigos will scoop indie sales, as Barnes & Noble and Borders did in the 1990s. (Quaint, thinking of those stores as the Big Bad Competition now, isn’t it?). Or perhaps Indigo will lessen the influence of Amazon physical retailers (of which there are about 20 in the U.S.).