The Cairo Book Fair, held annually every January, is one of the biggest book fairs in the world, and the oldest and largest of its kind in the Middle East.

The 51st book fair kicked off this Wednesday, opened by Egypt’s Prime Minister, Mostafa Madbouly and Minister of Culture, Enas Abdel Dayem. Over the years, the fair has been shrouded with its fair share of controversy, from Islamist and activist protests and arrests to the fair itself being cancelled in 2011 due to the Egyptian revolution. This year, controversy returns with Egyptian book publisher Tanmia being banned from attending, organisers justifying the exclusion due to security concerns. 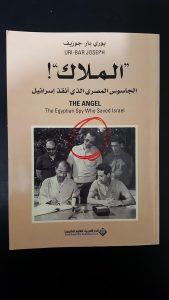 A prize-winning publisher as well as a bookshop in Cairo, Tanmia is owned by Khaled Lotfy, who is currently serving a five-year prison sentence. He published an Egyptian edition of Israeli writer Uri Bar-Joseph’s book The Angel, which profiles Ashraf Marwan, an Egyptian senior officer, Presidential advisor and son-in-law to former Egyptian President Gamal Abdel Nasser, alleging that he spied on Egypt for Israel. The story has been made into the Netflix film The Angel.

Egyptian authorities have long denied the claims against Marwan, and Lofty was sentenced to a five-year spell in prison last April for spreading rumours and revealing military secrets. According to Publishing Perspectives, Lotfy, having exhausted his allowance of appeals in the Egyptian military court system, had his final appeal rejected in December and now must hope for a presidential pardon from Abdel Fattah el-Sisi.

Despite (or perhaps because) of his incarceration, Lofty was awarded the International Publishers Association’s (IPA) Prix Voltaire award last year. The IPA was founded in 1868 and is the world’s largest federation publishers’ association, comprising of 83 organisations from 69 countries. It aims to defend and protect publishers’ rights and the human right to freedom of expression. The IPA Prix Voltaire is a perfect example of this, described by the IPA as being:

unique in honouring the freedom to publish, without which many forms of freedom of expression would be impossible. Publishers who provide authors with the tools to disseminate their written ideas assume the same risks as the writers themselves.

Kristenn Einarsson, Chair of the IPA’s Freedom to Publish Committee, said on the 2019 prize:

“The international publishing community stands with Khaled Lutfi. We must support Lutfi’s fellow publishers in Egypt so that his imprisonment does not lead to fear and self-censorship in a country of such rich literary heritage.”

In his absence, Lofty’s brother Mahmoud, who is running the daily business, accepted the Voltaire award in June and its CHF 10,000 prize fund ($10,325). While the prize is a slap in the face to injustice, the persecution continues with the book fair exclusion. Mahmoud told The Guardian:

“It’s sad for me to be excluded without a credible reason from an event that I have participated in for 11 years. Is Tanmia any threat to security? Aren’t publishing houses with extremist publications or publishing houses who don’t respect copyright more of a threat?”

The IPA appealed to organisers to change their minds, but seemingly to no avail. In a statement, Einarsson said: