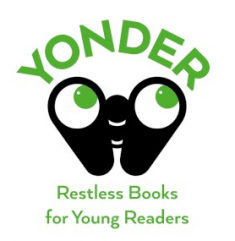 Speaking with PW, Restless publisher and co-founder Ilan Stavans (who launched the press with editor Joshua Ellison in 2013), spoke about how Yonder will extend Restless’s raison d’être of giving a voice to those the narrow world of American letters has tended to silence. The new imprint seems another development in the spirit of Restless’s post-election “Reading is Resistance” Indiegogo campaign, which seeks to promote “internationalism, immigrant culture, and great literature” by keeping the scrappy indie up and running through the very tough business of publishing and promoting challenging books.

Yonder will launch this October with the publication of the middle grade novel The Wild Book, which sets its young protagonist on a quest through his eccentric uncle’s magical library, searching for the one book that has never allowed itself to be read. The Wild Book was written by Mexican author Juan Villoro (whose The Guilty, a collection of short stories, was published in English in 2015 by George Braziller), translated by Lawrence Schimel, and illustrated by the Mexican artist Eko. 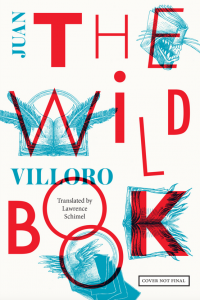 Following that, Yonder will see to the publication of Ramayana: An Illustrated Retelling, written by Arshia Sattar and illustrated by Sonali Zohra. The book, which is based on the Indian epic poem of the same name, is slated for March 2018. And the list only grows from there:

In summer 2018, Yonder will publish the YA novel In the Line of Fire by Silvana Gandolfi, translated from the Italian by Lynne Sharon Schwartz. The novel is about a Sicilian boy whose family is destroyed by the Mafia. In fall 2018 comes the picture book Who Left the Light On?, which is about differences, creativity, and challenging convention. It’s written by French author Richard Marnier and illustrated by Aude Maurel. Finally, in spring 2019, Yonder will release Nervous Maria, a YA novel set during the Spanish Civil War, written by Laura Atwood Duran.

Notably, the move to kids’ books echoes a similar one by Archipelago Books, another small, Brooklyn-based publisher of translated works. (In fact, the two presses work out of the same building and, presumably, hang out.) Archipelago, which is best known as the original English-language publisher of My Struggle by Karl Ove Knausgaard (not to mention the author’s total masterpiece A Time for Everything), launched Elsewhere Editions in March of this year with My Valley, by the French author Claude Ponti.