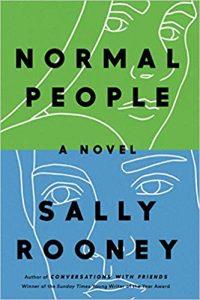 The British Book Awards hope to honor the U.K.’s most commercially successful books, with seven separate categories of prizes, along with top prize of “Best Book,” i.e. Biggest Moneymaker.

That is, if you followed their logic up to this year.

Wilson includes Alice O’Keeffe’s comments on the final verdict. Chair of the judges and books editor of The Bookseller, O’Keeffe says,

“It was a really difficult decision and we went back and forth for a good while, but after much discussion we felt that Sally Rooney is such a major talent and that her ‘difficult second novel’ was just as impressive as her debut was astonishing. She has been described as a millennial writer with millennial concerns, but I know readers in their seventies who loved Normal People. The passion that came through on the grassroots for this book is really something.”

Wilson provides some pretty clear stats, however, of how the hottest titles of the year (thus far) have fared, writing, “Obama’s biography sold 253% more copies than Rooney’s novel—654,000 in all formats, compared to 185,000—while breaking all-time audiobook sales records in the UK.” To many Brits, Wilson writes, Becoming blew Normal People out of the water. But, because of the book’s impressive sales, Becoming did take home two category wins: Book of the Year, Narrative Nonfiction, and Book of the Year, Audiobook. 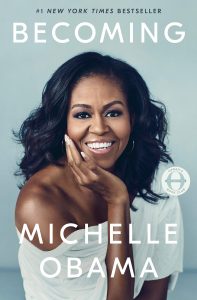 One of O’Keeffe’s counterarguments to selecting Rooney’s millennial novel about millennial relationships was its better-than-average sales success as literary fiction.  Wilson writes, “she felt Rooney’s status as a bestseller in literary fiction, a genre that has struggled with sales in recent years, had yet to be acknowledged.” O’Keeffe believes “[Rooney] has transcended literary fiction. It is not something I can say about many young writers.”

Still, for many, Michelle Obama’s record-shattering memoir Becoming is a classic transcendence story. Michelle Obama is America’s first and only black First Lady. The scope and attention her memoir brought doesn’t just elevate her own coming-of-age story to its rightful place in American (and 21st century) history, but finally gave space for the thousands of black women and men who looked to her for assurance, guidance, and hope—and showed just how hungry an audience was for her story.

But, I guess she’s not British. Or a millennial. Or white.