Bringing the war home — to journalists Correspondents at the front in World War II.

Journalism has always been a dangerous profession, especially for foreign practitioners of the trade. I’ve lost count of the friends and acquaintances who have died over the years in Latin America, the Middle East, Africa. In places such as Russia and Mexico, investigating official corruption or drug cartels can be as dangerous as covering war. Reporters are routinely murdered — and with impunity. The Committee to Protect Journalists estimates that 1,251 reporters around the globe have been killed in the past twenty-five years; another 500 or so died under circumstances whose nature the CPJ can’t ascertain.

With numbers like these, better to go into dentistry or animal husbandry than attempt to bear witness to world events.

For American journalists, covering wars abroad has always posed the greatest danger. No number of cute t-shirts emblazoned with ¡PERIODISTA! ¡NO DISPARE! (“JOURNALIST! DON’T SHOOT!”), or signs reading صحافي/sahafi (“journalist”), handwritten in black Sharpie and taped to the windshield, can render us immune.

I should know. My first husband, Dial Torgerson, a veteran correspondent for the Los Angeles Times, was killed, along with photographer Richard Cross, when their car went over a landmine along the Honduras-Nicaragua border in 1983. This was during the Reagan administration, when US-funded guerrillas were trying to overthrow Nicaragua’s Marxist Sandinista regime. Their deaths weren’t just a random accident of war — the landmines that blew them up were command-, not pressure-, detonated. Someone had been sitting by the side of the road, waiting for their car to pass — and pushed a trigger.

Torgerson and Cross are but two of the names on a long, sad honor roll of American reporters who died covering foreign conflicts. And while we’re at it, let’s not forget the always brave—and sometimes slightly crazed—photojournalists who intrepidly run headlong into—not away from—battles, to document their horrors. Think Robert Capa, who was killed in Vietnam or, more recently, Chris Hondros, the victim, most likely, of pro-Gaddafi forces in the Libyan Civil War — to name just a few.

They died in wars, though, where danger was a given. Here in the US, reporters have sporadically been targeted with violence by hate groups and various disgruntled types — but not by the government. That is, until now. Until the Trump administration. Much of this shift has to do with the advent of the internet and social media. These days, everyone from terrorists to presidents—and I’m certainly not equating the two—has a website, a Facebook or Twitter account, endless ways to disseminate their message without having to rely on journalists. Those platforms often render reporters superfluous at best, and impediments at worst. (Read: the enemy.) Hence, President Trump’s continuous disdain, denigration, and disparagement of the news media. He simply doesn’t need the press. 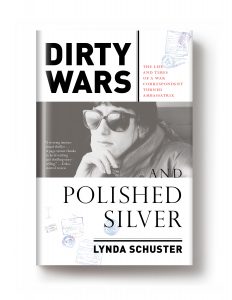 Which brings us to the utterly astounding proclamation a couple of weeks ago by the United Nations High Commissioner for Human Rights, Zeid Ra’ad al-Hussein. At a press conference, Mr. al-Hussein warned that President Trump’s repeated denunciations of some media outlets as “fake news” could amount to incitement to violence. “At an enormous rally,” he said, “referring to journalists as very, very bad people — you don’t have to stretch the imagination to see then what could happen to journalists.”

People, allow that statement to sink in for just one moment. The UN human rights chief wasn’t talking about some random banana republic or former Soviet satellite; he was talking about our country! The United States of America! A nation that enshrined freedom of the press in the very first amendment to its Constitution! That has championed an enlightened electorate as essential to the workings of democracy! That has been a beacon of hope and inspiration to journalists struggling to remain to true to their craft throughout the world!

On that last bit: Mr. al-Hussein also cautioned about the knock-on effect internationally. The president’s continued vilification of the press is “poisonous because it has consequences elsewhere.” As example, he pointed to Cambodia’s recent rescinding of licenses to the news media — a move Phnom Penh said had been inspired by Trump.

So gratifying to know that our head of state is now the role model for such paragons of democracy.

Given the increasing probability of violence against journalists in this country, perhaps domestic practitioners of the profession should take a cue from their counterparts covering wars overseas, and show up at the next Trump campaign rally in full-on combat gear, with helmet and bulletproof vest?