Bowie Studies vs. Bowieology: The evolution of a discipline 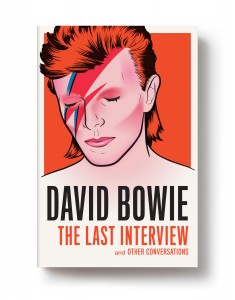 I’d be hard pressed to think of a pop icon whose oeuvre—indeed whose very being—attracts more critical inquiry than David Bowie’s. Even so, as cultural critic Mark Dery writes for the Los Angeles Review of Books, the heady cocktail of gender theory, occult symbology, biblical hermeneutics, and comparative literature that is Bowie Studies has only recently come to full fruition. Dery writes:

It’s a wonder so few cultural critics and academics have taken Bowie seriously until now. To be sure, a handful of rock writers have done him justice: Jon Savage, Simon Frith, Hugo Wilcken (in his fastidiously researched monograph on Bowie’s pioneering record Low), and, for the prosecution, Ellen Willis and the hilariously hostile Lester Bangs. The cultural studies scholar Dick Hebdige is thoughtful about Bowie in his landmark study, Subculture: The Meaning of Style, and Camille Paglia has gotten off a few memorable one-liners. Yet until recently the academy hasn’t taken much notice . . .

Bowie himself invited the critical deconstruction of his artistic output, saying,  “As Roland Barthes said in the mid ’60s, that was the way interpretation would start to flow. It would begin with society and culture itself. The author becomes really a trigger.” It’s clear that Bowie always expected his body of work to become the object of philosophical investigation.

Enter philosopher Simon Critchley, New School professor and author of the 2014 book Bowie. Dery—who himself has written a Kindle single on Bowie titled All the Young Dudes: Why Glam Rock Matters—spoke to Critchley last year on the subject of Bowie Studies. Together, the two wrestled with whether David Bowie belongs to the people or the scholars (a dichotomy that I think forthcoming Melville House author Jason Heller could add some nuance to — as both a person and a scholar). They also pontificated about how Bowie’s career arc leads us to some of the problems in the mainstream today, such as his dabbling with fascist chic (though chic is not the first word that comes to mind with our uniquely American brand of fascist) and his arguable cultural appropriation through forays into funk and soul.

But as Dery looks back on his summit with Critchley in his ruminations accompanying the interview, he realizes that “Bowie Studies” is not a fair name for this burgeoning field of inquiry. And perhaps the realization of this misnomer is a crucial breakthrough for the nascent discipline. “Bowieology,” Dery says, is much more appropriate:

Academics call the emerging discipline “Bowie studies”; I prefer Bowieology, a term whose mock gravitas dares us to use it with a straight face. Like the man himself, who maintained an ironic distance from his day job (rock god), the self-seriousness of “Bowieology” takes the piss out of academic pretension. It reminds us that Bowie studies happens not just in graduate seminars but in rock criticism, Reddit threads, blog posts, and Facebook discussions, too; the academy doesn’t own the copyright to deep thought.

And in that spirit you can expect this blog to be home to much Bowieology moving forward.