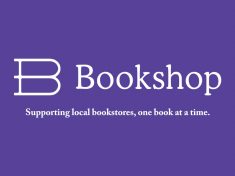 The online bookstore was founded by Andy Hunter, who was previously the co-founder and publisher of Catapult Press. He recently stepped down from that position to focus on Bookshop.org, Electric Literature, Literary Hub, and “other creative endeavors” according to an interview with Shelf Awareness. When Hunter launched Bookshop.org in 2020, his goal was to create a site that would benefit bookstores trying to compete with bigger online retailers for sales. As The New York Times reported in a 2020 profile:

“Mr. Hunter felt there was an unexploited opportunity. Seizing even a fraction of Amazon’s sales would be a windfall for independent stores, which would receive a cut of the site’s profits. Mr. Hunter told investors that within two years, his site, Bookshop, could reach $30 million in annual sales, a projection that struck some as wildly optimistic.”

Then COVID-19 hit a month after Bookshop.org launched—suddenly everyone was locked inside, their favorite bookshop was closed, and they wanted to read! In April 2020, Andy Hunter told Publishers Weekly that Bookshop.org had seen a “2,000% increase in sales in the past month compared to the month before and has become a lifeline for many stores that have been temporarily closed by the Covid-19 pandemic. Stores can link from their websites to their own curated Bookshop pages; orders placed through those pages are fulfilled by Ingram and stores currently get 30% of the retail price.” And while many praised the work Bookshop.org was doing, the same PW article included quotes from booksellers who felt that Bookshop.org’s sales should only be seen as a band aid, and not a replacement for direct sales that indies depend on. Hunter had a response to this:

“Hunter noted that this is a time of crisis and that there are several large bookstores that may not continue to use Bookshop when they reopen. ‘They’re using Bookshop as a stopgap until they go back to their stores,’ he said. ‘And we’re happy to have them for now.’”

Nearly two years later, where do things stand? While COVID-19 is still a concern for in-store book shopping, most bookstores have reopened for browsing and many new stores have opened their doors. In October 2021, Shelf Awareness reported from The Mountains & Plains Independent Booksellers Association’s annual meeting that 40 new member stores had opened in the last two years in their region alone. None of this seems to have hindered the growth of Bookshop.org—a recent Publishing Perspectives article shared some impressive numbers from the company’s impact statement report that was created for the anniversary:

“More than $21 million has been distributed to independent bookstores in the United States and United Kingdom … Bookshop.org has a total 1,323 participating bookstores … At Bookshop.org, an affiliate sale is matched with a dollar-for-dollar donation into a $6 million profit-sharing pool for bookstores … 78 percent of Bookshop.org customers say they used to buy their books from Amazon.”

Bookshop.org seems committed to growth, with talk of expanding beyond the U.S. and U.K.—they have even launched a Willy Wonka themed Golden Bookmark Sweepstakes for their anniversary, which will give one winner free books for life. As Hunter said to Publishers Weekly: “We wanted to celebrate with our fans and customers. It’s also an affirmation that we plan to be around for a long time.”