The Diary of a Bookseller

The funny and fascinating memoir of Bythell’s experiences at the helm of The Bookshop, Scotland’s largest second-hand bookstore — and the delightfully unusual staff members, eccentric customers, odd townsfolk, and surreal buying trips that make up his life there.

Shaun Bythell on how to repair a Kindle: 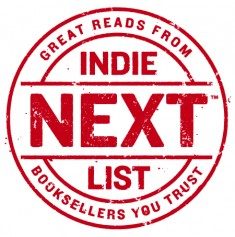 SHAUN BYTHELL is the owner of The Bookshop in Wigtown, Scotland.

“Among the most amusing and irascible bookseller memoirs I’ve read.” —Dwight Garner, The New York Times

“Warm, witty and laugh-out-loud funny, this gently meandering tale of British eccentricity will stay long in the memory.” —Daily Mail

“Funny and fascinating in equal measure — a must for all those of us who haunt the sepulchres where old books are laid to rest.” —Anthony McGowan, author of Hellbent and Mortal Coil

“The Diary Of A Bookseller is warm (unlike Bythell’s freezing-cold shop) and funny, and deserves to become one of those bestsellers that irritate him so much.” —The Mail on Sunday

“Peopled with fascinating characters … a sarcastic reminder of the struggles of small business ownership, the importance of community and the frustration of dealing with customers … laugh-out-loud funny.” —The Herald (Scotland)

“Utterly compelling … Bythell has [an Alan] Bennett-like eye for the amusing eccentricities of ordinary people … I urge you to buy this book and please, even at the risk of being insulted or moaned at, buy it from a real live bookseller.” —The Sunday Express

“With wit and humility, Bythell, owner of a used bookshop in Wigtown, Scotland, chronicles a year in the life of a bookseller… Bythell’s narrative is lively and intelligent.” – Publishers Weekly

“Outspoken, hilarious and thought-provoking… It’s the best inducement I’ve ever come across to set aside my occasional flirtation with e-readers, walk into a bookstore and get my hands on the real thing.” – Book Reporter

“Often hilarious… The Diary of a Bookseller is a charming mix of wacky characters and caustic diatribe, an ode to that perilous trade.” – The Record

“Bythell writes with biting humor… Bythell is a man on a mission, and a year seen through his eyes convinces the reader that it is a mission worthy of undertaking.” – Chicago Tribune

“For anyone who has ever dreamed of owning a bookstore. Bythell’s hilarious account will have those in the industry crying and those otherwise employed dropping their resume off at their local indie.” – San Francisco Chronicle

“Makes for entertaining reading… he has a keen waggishness which makes his reflections funny and memorable and this book a hoot.” – Memphis Flyer

“I generally dislike books about bookselling because they’re treacly and self-satisfied, but Shaun Bythell’s subversive “The Diary of a Bookseller” is an antidote.” – Dwight Garner, The New York Times