In Every Moment We Are Still Alive

“Such a rush of emotion is a testament to Malmquist’s extraordinary skill. … ‘In Every Moment We Are Still Alive’ is a tremendous feat of emotional and artistic discipline. … [A] triumph.” — New York Times Book Review

A NEW YORK TIMES NOTABLE BOOK OF THE YEAR, In Every Moment We Are Still Alive tells the gripping story of a man whose world seems to have come crashing down overnight: His long-time partner has developed an incurable deadly illness, even as she is about to give birth to their first child. And meanwhile his father has a terminal illness, too.

Reeling in grief, Tom nonetheless finds himself wrestling with hospitals bureaucracies and indecipherable diagnoses, family misunderstandings and utter exhaustion while trying simply to comfort his loved ones as they begin to recede from him …

But slowly, amidst the pain and fury and loss, arises a story of resilience and hope, particularly when Tom finds himself having to simultaneously take responsibility for the greatest gift of them all, his newborn daughter.

In starkly beautiful prose, told with the momentum of a driven man, In Every Moment We Are Still Alive tells the most utterly human story of them all, that of death and continuing life. And by turns tragic and redemptive, meditative and breathless, achingly poignant and darkly funny, this autobiographical novel has been described as “hypnotic,” “impossible to resist,” and “one of the most powerful books about grief ever written.” 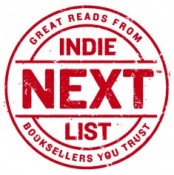 An Indie Next pick for February 2018!

TOM MALMQUIST is a poet and sports writer. He has written two highly acclaimed poetry collections. In Every Moment We Are Still Alive is his first novel. He lives in Sweden.

A Most Anticipated Book of 2018 at The Millions!

“Beautiful… arresting … A deeply personal account … As more books are published, we increasingly seek out those writers who promise to give us something more than mere fiction. We want books made out of lives… The value of Malmquist’s book is precisely that it retains a trace of true human presence — carefully preserved by the author.” —The Guardian

“By turns raw, unsettled, and touching, Malmquist’s book is an extended meditation on what it means to love and to mourn. A deeply emotional and affecting novel.” —Kirkus

“Malmquist’s incisive prose paints a full and complex portrait of a man overwhelmed, and the transformation he endures as he becomes a father.” — Arkansas International

Praise for the original Swedish edition …

“People around me who lifted this book up have not been able to put it down. Nor will you be able to. Tom Malmquist has written one of the most hypnotically terrifying love books I have read. Heartbreakingly relentless. … This is a book written, not only in strong emotion, but also with a brutal skill.” —Helsingborgs Dagblad

“Impossible to resist… There is so much humanity in this book. Equally hilarious and unremarkable as rich in purpose. Just as dirty as beautiful.” —Expressen

“It is not only admiration, but also wonder, that I feel about Malmquist’s way of facing the grief with linguistic energy, of never lapsing into an already frayed image of death, love and longing — instead writing through, both death and love — but in his own way.” —Kulturnytt