Our Last Interview series offers a glimpse into the lives of history’s heroes of art and literature. Each volume includes the subject’s last interview, as well as a selection of interviews given throughout their lives. 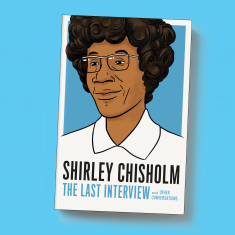 Shirley Chisholm became the first black woman elected to Congress in 1968 after campaigning under the slogan, “Unbought and Unbossed,” and her political career never swerved from that principle.  In a set of interviews that extend from the first major profile by Susan Brownmiller to her final interview documenting her life and reflecting on her legacy, Shirley Chisholm reveals her disciplined and demanding childhood, the expectations on her placed by her family and the public, her tireless advocacy for the poorest and most disadvantaged in the halls of government, and the darkening course of American history. 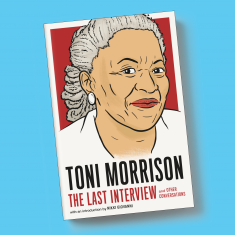 In this wide-ranging collection of thought-provoking interviews — including her first and last — Toni Morrison details not only her writing life, but also her other careers as a teacher, and as a publisher, as well as the gripping story of her family. With an introduction by her close friend, poet Nikki Giovani, Morrison hereby weaves yet another fascinating and inspiring narrative — that of herself. 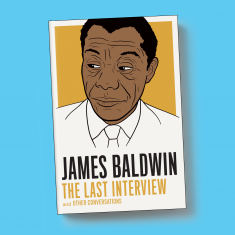 When, in the fall of 1987, the poet Quincy Troupe traveled to the south of France to interview James Baldwin, Baldwin’s brother David told him to ask Baldwin about everything—Baldwin was critically ill and David knew that this might be the writer’s last chance to speak at length about his life and work. The result is one of the most eloquent and revelatory interviews of Baldwin’s career.

Also collected here are significant interviews from other moments in Baldwin’s life that showcase Baldwin’s fearlessness and integrity as a writer, thinker, and individual, as well as the profound struggles he faced along the way. 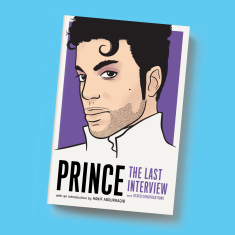 There is perhaps no musician who has had as much influence on the sound of contemporary American music than Prince. His pioneering compositions brought a variety of musical genres into a singular funky and virtuosic sound. In this remarkable collection, and with his signature mix of seduction and demur, the late visionary reflects on his artistry, identity, and the sacrifices and soul-searching it took to stay true to himself. An introduction by Hanif Abdurraqib offers astute, contemporary perspective and brilliantly contextualizes the collected interviews. 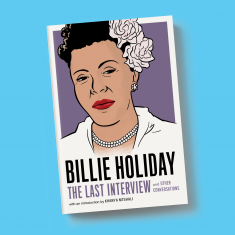 Legendary singer Billie Holiday comes alive in this first-ever collection of interviews from throughout her career. Included is her last interview, given from her deathbed in a New York City hospital, where police were standing by ready to arrest her for a parole violation should she recover. But the book is more than a look at just the famously tragic side of her life. In frank and open conversations, Billie Holiday proves herself far more articulate, aware, intelligent, and even heroic than she’s often portrayed.