BookBar in Denver targeted by hate groups, but didn’t back down from Drag Queen Storytime 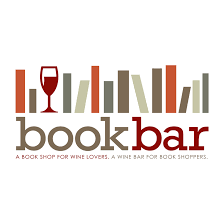 This is life in 2019: One of our favorite indie bookstores, Denver’s BookBar, was targeted by an alt-right group last week. The group, who we are not naming here in order to avoid giving them any attention, is one of the fascist and white-supremacist groups that have been targeting businesses in Denver over the past year, according to local Denver outlet Westword. As they also did to other businesses in the area, the vandals placed stickers with hateful messages on BookBar’s windows and property.

The neighborhood rallied together, with all the businesses in the area throwing an impromptu block party, where “they’ll celebrate everything the [group] seems to find so threatening,” Westword reported. BookBar, who is no stranger to speaking up against the current administration and the atrocities it inspires, invited everyone via a Facebook post, saying ‘We stand strong with South Broadway on making sure our businesses are always a safe, warm, welcoming space for ALL!”

The next day, during the store’s Drag Queen Storytime, the vandals struck again. Nicole Smith, BookBar’s owner, told the Denver Post “she watched a man in a black T-shirt and black mask sprint up to the window and spray-paint the storefront.” A chase ensued, with the vandal being caught and arrested.

Smith’s admirable decision not to cancel the Drag Queen Storytime, an event that was scheduled as a celebration of Pride Month, was brave. As she told the Post, “I didn’t think about canceling the event, because then where do you draw the line as a business?” she said. “You have one person trying to intimidate, but you have an event you feel strongly about doing and a community that is coming out to support you.”

Over the weekend, Smith wrote a blog post addressing the situation, particularly answering the comments and messages she received criticizing her for hosting Drag Queen Storytime in the first place. The entire post is hilarious and well worth a read, but here are some of our favorites:

Has there been any negative response from your previous Drag Queen Storytimes?

Nope. Nada. Zilch. We host these events quarterly.  This event was probably our 5th or 6th one, including the one that was featured on the Opposition Show (be sure and watch this clip as it may answer some of your questions in case we don’t hit on some of them here). The only thing that has sparked outrage about Drag Queen Storytime was the one in which we were vandalized by a member of a white supremacist group. Being targeted by nazis somehow sparks anger against drag queens and bookstores.

We do not want this shoved down our throats

We hear you. K. How about this. The next time we host a Drag Queen Storytime we will not round everyone up and forcibly shove them into the store against their will and make them listen to children’s stories. We are all for compromise and will happily make that concession.

We think that what you are doing is disgusting

Cool. Cool.  We live in a democracy and you have a voice. You used it. Good for you. Now, can we interest you in an enjoyable beach read?

BookBar in Denver giving away free copies of The Mueller Report