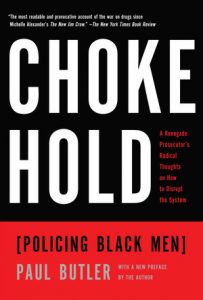 Arizona is not famous for its humane treatment of incarcerated people. In fact, it is famous for the opposite.

But perhaps we should savor small victories when they come. For instance: the recently overturned ban on a book that takes the U.S. prison system to task.

Of the original ban, Bobby Allyn wrote for NPR:

The book in question, Chokehold: Policing Black Men, by Georgetown University Professor Paul Butler, argues for a radical rethinking of prison policy, even pondering abolishing prisons altogether. But Butler, a former federal prosecutor, never advocates for violent responses to what he sees as systemic injustices.

Still, Arizona officials view the book as being potentially “detrimental to the safe, secure and orderly operation” of prison facilities, according to a letter reviewed by NPR that the Arizona Department of Corrections sent to The New Press, the New York-based publisher of Butler’s book.

Happily, in a follow-up article, Allyn explains that corrections officials have re-allowed Chokehold to be read in prisons.

Much of the pressure to lift the ban came in the from of a threatened lawsuit from the American Civil Liberties Union, which has been active in fighting similar bans across the country. Indeed, censorship in prison libraries is an enormous problem.

We must remember: no matter how it is spun, an attack on the prison system in this country is not the same as an attack on prison personnel. This dangerous conflation must not be allowed to dictate policy.