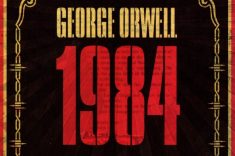 Think of a Trump rally. If you need help conjuring up the unpleasant picture, here’s a handy definition given by Urban Dictionary:

A large group of brainwashed fanatics that will follow the lead of their head honcho, regardless of how insanely radical his/her opinions are.

“Look at Trevor over there with his own personal Trump rally. Ever since he suggested we build that wall in the park, he’s been the coolest guy in town.”

Before the Hate had proceeded for 30 seconds, uncontrollable exclamations of rage were breaking out from half the people in the room… In its second minute the Hate rose to a frenzy. People were leaping up and down in their places and shouting at the top of their voices… The horrible thing about the Two Minutes Hate—that’s the name of the exercise—was not that one was obliged to act a part, but that it was impossible to avoid joining in… And yet the rage that one felt was an abstract, undirected emotion which could be switched from one object to another like the flame of a blowlamp.

It could almost be, couldn’t it… Except this is the excerpt from George Orwell’s 1949 novel Nineteen Eighty-Four that Gary Johnson’s running mate, Libertarian vice presidential candidate Bill Weld, read when he appeared on MSNBC’s “Morning Joe” last November, drawing comparisons between the Trump administration and the Oceanian superstate described in the dystopian classic. This week, perhaps unsurprisingly, and in part due to Kellyanne Conway using the phrase “alternative facts” to explain why she was lying about the size of the crowd attending Trump’s inauguration, sales of Nineteen Eighty-Four have gone through the roof. It reached the number one spot on Amazon on Wednesday and is still riding high in the top ten bestsellers.

This is not the first time sales for the book have spiked dramatically in response to US politics, and it probably won’t be the last. The last surge was seen in 2013 when Edward Snowden leaked details about the National Security Agency’s mass surveillance programs. Even so, this new sales spike is quite dramatic.  A spokesperson from Penguin, which publishes an edition of the classic, told CNN, “We put through a 75,000 copy reprint this week… That is a substantial reprint and larger than our typical reprint for 1984.”

Conway’s comment about “alternative facts” has been likened to the concept of “doublethink” that Orwell dreamt up for the book, and describes in it as follows: “Doublethink means the power of holding two contradictory beliefs in one’s mind simultaneously, and accepting both of them.”

As our own Ryan Harrington wrote earlier this week in a piece on Trump’s degradation of language, a fact is a fact, people! It is not debatable. Unless you live in an Orwellian world of course…

On the surge of book sales, the Guardian spoke to Orwell experts, asking them to share their opinions on whether we have indeed entered a new age of Orwellian “Newspeak.” Jean Seaton, professor of media history at the University of Westminster and the official historian of the BBC, compares Trump to not to O’Brien, the novel’s high-ranking totalitarian technocrat, but to Big Brother, its revered head of state (who may or may not exist):

“Trump is not O’Brien. He is more like a cut-price version of Big Brother himself. Instead of
the elite of Nineteen Eighty-Four, who keep Big Brother’s identity a mystery while they keep total control, this Big Brother, with his direct Twitter relationship with his followers, is fully on show. And as Orwell foresaw, his slogan could be ‘Ignorance is strength.’” In highlighting the message at the heart of Orwell’s book, Professor Tim Crook, radio journalist and author, could almost be describing Trump’s PR machine.

“If Orwell were alive today, I imagine Trump would amuse and horrify him at the same time. The key message in Nineteen Eighty-Four is that the purpose of propaganda is to narrow and limit human consciousness, confuse human conscience, and control and narrow the range of thinking.”

And critic, novelist, and biographer DJ Taylor concludes that at least Big Brother had a shred of integrity:

“Meanwhile, it is worth asking what the average person is supposed to do in a landscape where the leader of what used to be called the free world has such a wanton disregard for one of the principal tools of freedom. Even Big Brother, after all, brought a certain amount of guile to pretending what he said was true.”

Let’s remember Nineteen Eighty-Four is supposed to be a work of fiction, not a how-to guide on running the free world, and Orwell’s hope in writing it was to stop such a terrifying, authoritarian state coming into being. Can we please not embrace these wonderfully coined phrases and slogans, which sound all too familiar already?

“War is peace. Freedom is slavery.  Ignorance is strength.”

“For, after all, how do we know that two and two make four? Or that the force of gravity works? Or that the past is unchangeable? If both the past and the external world exist only in the mind, and if the mind itself is controllable — what then?”