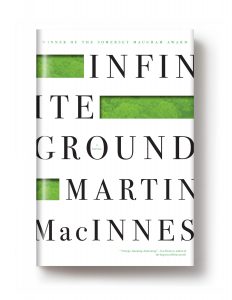 I was temping in an office: data entry, filing, low-level proof reading. Days had a machine-like regularity: same alarm, same bus—head lowered beside the same commuters—and same lunch on the same park bench by the river. I’d even use practically the same ten or twenty words. Once or twice a week, at 5 o’clock, I’d get a double espresso and go through the stock at the city library. One evening—I don’t know what it was doing in a small general library—I found EO Wilson’s natural history epic, Sociobiology. In 1,300 pages, Wilson catalogues, on an array of scales, the history of animal life. In the first sentence, he brushes aside Camus’s statement that the only serious question in philosophy is suicide. According to Wilson, and in the context of the endlessly teeming, creative world, this is a staggeringly myopic view.

Our careful, slow repetition in the office went like the lift and fall of an artificial set of lungs. I tried to convince myself I was inside the same terrain Wilson described, but it was difficult. The tinted windows sealed out all weather, the comfortable and absorbant low chairs, the large screens on small desks, the strictly enforced sub-routines — they all seemed like measures designed to help us forget our location, to put us in an independent non-place where things have always been, and always will be, the same.

Five years later, in a different city and a different job, my daily behaviour had become, if anything, more repetitive. It seemed that if you put a recording of any one of my days over any other, they would align almost perfectly. I was walking a lot, over the same places, obviously to no purpose. Distracting myself, I tried to wonder if there could be something interesting in that redundancy, that exaggerated repetition; if the steps might be invisibly engraving the ground, to some other purpose.

As well as ecology, I was reading on forensic anthropology, on artists sketching facial reconstructions based on Neanderthal remains, and on the personal character of each person’s microbiota. Presence and absence, inside and outside, clearly weren’t just distinct categories, and could be mixed up. There was potential, surely. I could write about signs, forensic traces existing equally with dreams and hallucinations, describe a place where speech is as much an ambient discharge of microorganisms as it is a deployment of symbolic codes. I thought of Primo Levi describing the unending, mutable existence of a carbon atom, and wanted the challenge of conveying the intensities of conscious experience—grief, loneliness, hope, and exhilaration—in a way that didn’t ignore the neutral ecology of the surfaces of lives. Our places. To write a kind of infra-ordinary science fiction; the wonder scale of a space opera applied to a worker leaning back on his desk chair. (I thought, as well, of Katherine Mansfield’s stated wish of putting Andrew Marvell’s “deserts of vast eternity” into the rendering of a banal domestic action.)

I’d describe a virtually anonymous office worker—a missing character—who, perhaps as a result of hyper-repetition, disappears, as if he broke into air. The ease with which the person slipped away would contrast with the resources and the urgency put into the investigation to recover him. It would begin as a noir novel, told indirectly through an older detective who has recently suffered his own loss. It would be set around the world’s biological centre, an unnamed country.

The missing persons trope seemed to have several implications, political and personal, but I was working by the premise that every life, and each moment within it, is of potentially unlimited interest. I tried to strain myself into considering not only how brief a lifespan is, but how relatively brief is the period, on earth, in which there have been human lives. A missing person, a person gone, might reasonably be afforded the status of a collapsed civilisation.

The detective investigating the case—subject to an undiagnosed illness that may relate to the disappearance—would question his perception, the validity of the spatial and temporal lenses through which he’s been trained to view the world. It would be a disorienting process, moving from the universe inside a skin cell to the single instant in which a civilisation emerges and disappears. There should be the sense, through various parts of the book, that a hidden, binding message might appear; the suspicion that inside this noise is a buried revelation. Every event in the book should be an opportunity for interrogation, every sign examined for reconstructive—even restorative—potential. The inspector, under the constant weight of this disorienting urgency, should wake asking, “Where am I? What happened? What is this?”

Martin MacInnes has read at international science and literature festivals, and is the winner of a Scottish Book Trust New Writers Award and the 2014 Manchester Fiction Prize. He lives in Edinburgh. Infinite Ground is his first novel.