Barnes and Noble does its best Amazon impression in turnaround plan 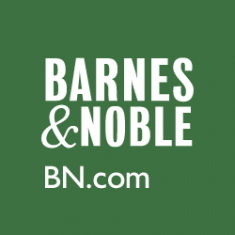 “Fiscal years,” “prototype stores,” and “omnichannel sales.” The presence of these words—somehow mind-numbingly boring and eye-rollingly buzzy at the same time—signals to me, “We’re talking about Amazon here, gang!”

As Jim Milliot reports for Publishers Weekly, B&N envisions opening five new prototype stores for the 2019 fiscal year. These new links in the retail chain will be about 12,000 square feet smaller than those you’re used to seeing. The idea is to trim the fat, and operate with a slightly smaller staff, theoretically more intimately acquainted with the merchandise. As Milliot describes them:

The prototypes will be focused on books, and include a café as well as a curated assortment of nonbook items. While educational toys and games have done well for B&N, categories like music and DVDs (which have sold less well for the retailer) will be scaled back. Stores’ gift and stationery offerings will also be refreshed.

This sounds like nothing more than a Barnes and Noble sans its long-suffering music section. But perhaps the thing to do is to define these new experiments against the equally experimental “kitchen stores” (the five B&Ns that have full-service restaurants in them, which have not landed a meaningful impact on book sales in those stores). So, ok, yes, I think these are just small Barnes and Nobles we are talking about here.

The change, however minimal, might ensure survival. After all, the sprawling B&Ns we know and love were built in an era very different from our current, mostly-online, retail moment. And the actual innovations these stores hope to implement have to do with fusing the online and in-person shopping experiences. For instance, customers may be able to order a book online, then pick it up at their local store in as little as an hour. In this way, physical B&N stores could operate as something like Amazon fulfillment centers, without (one hopes) working conditions that can only be compared to a death march.

One worries, though, that B&N will learn all the wrong lessons from Amazon: one example being the idea that the world should be a laboratory for retail innovation. But these experiments are clearly a reaction to the reality of Amazon’s increased market share and B&N’s calculable struggles.

The new stores are part of the book chain’s “turnaround plan” or “a significant multi-year transformation” with an eye toward innovating for the future.