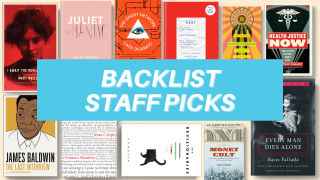 Before we log off for the holidays, we had to do one more round of staff picks. After asking the scrappy Melville House team what books they’d recommend to readers that we published in 2020, we decided we couldn’t just stop there. It felt necessary to also revisit some of the old—but not forgotten—titles. Dennis Johnson, co-founder and publisher of Melville House, describes one of the top highlights of 2020 as “seeing so many titles from our backlist being just right for the moment.” He continues,“Twenty years of publishing books about issues of social justice meant we had just the right book for so many current issues—hunger, race, health, politics, climate change.” Despite 2020 being absolute garbage, it was incredible to see so many of our backlist titles exhibit a new life, a second era of timely and essential relevance. So, without further ado, here are the backlist titles that remain staff go-tos. 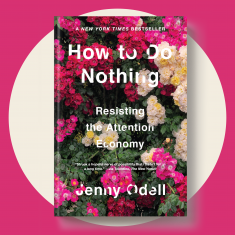 How to Do Nothing: Resisting the Attention Economy

“Jenny Odell’s How to Do Nothing is the perfect book for our times. It understands the anxiety living inside of us—that specific anxiety born out of a smartphone around 2010, intensified after an election in 2016, and exploded in a 2020 pandemic—and it seeks to make sense of it. Will we ever stop mindlessly scrolling through a never-ending feed of memes and advertisements? Maybe not. But in her book, Jenny offers us another perspective at looking and engaging with the forces that steal our attention away from what is good in this world: nature, art, communities. This book will change the way you see things, for the better.” —Stephanie DeLuca, Director of Publicity 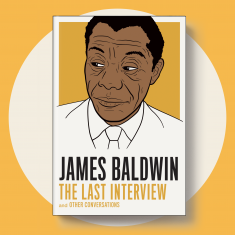 “Whenever America enters periods of racial turmoil, I find myself returning to the words of James Baldwin. Few figures in the literary canon have been able to produce such incisive commentary on race and racism with such style and elegance. I’m grateful to be able to reflect on his contributions through this collection.” —Selihah White, Publicist 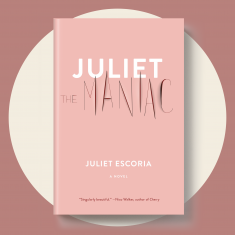 “Everything’s going smoothly for 14-year-old Juliet—until suddenly it’s not. Juliet spirals into a pattern of drug use, anxiety, and self harm before her parents send her off to a ‘therapeutic’ boarding school. Juliet’s Escoria portrays the uncomfortable truth of mental illness with searing clarity, creating an intimate and utterly unique coming-of-age story. I read this book straight through when we first published it. I laughed, I cried, and I still find myself thinking about it years later.” —Amelia Stymacks, Director of Digital Marketing 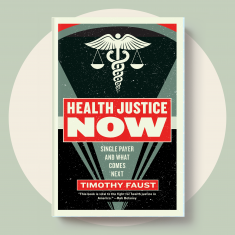 “I don’t know of a better book about the failures of the American healthcare system, regardless of where one falls in the single-payer debate. Timothy Faust explains what’s wrong and how to fix it, and does starting with the imperative of health justice, the moral framework from which all healthcare solutions must flow.” —Tim McCall, VP & Associate Publisher 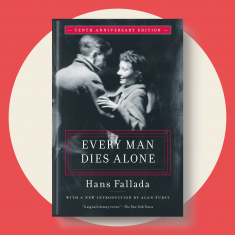 “The biggest-selling novel in Melville House history, this classic — written by a German author who wrote it at the end of WWII, after being released from a Nazi insane asylum — tells the story of a middle-aged, working class couple in wartime Berlin who decide to take a stand against the Nazis. As their clandestine propaganda campaign drives the Gestapo mad, and puts their lives on the line, the story becomes more and more tense, and more and more stirring. Part thriller, part love story, this novel is an absorbing tale about standing up for what’s right.” —Dennis Johnson, Co-Publisher 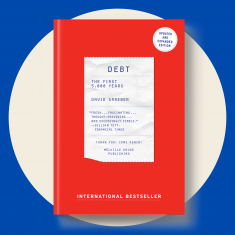 “What do I plan to re-read over the holiday? Debt: The First 5,000 Years by David Graeber, a groundbreaking book, that cracks open our moribund ideas about debt and money. And more relevant today than ever.’” —Valerie Merians, Co-Publisher 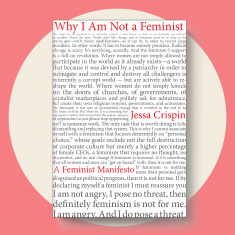 “Uncompromising, provocative, intelligent, analysis on modern day feminism, and where it fails. This passionate manifesto is not afraid to ask difficult questions, and it will make you think and question your beliefs.” —Marina Drukman, Creative Director 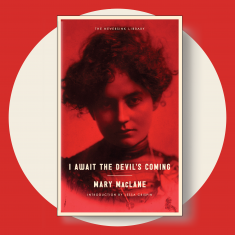 “The diary of a megalomaniacal 19-year-old in Butte, Montana who feels restless, thwarted and, most of all, bored is another book that somehow seems apt over 100 years after it was written. Reading somebody else’s diary is a particular kind of pleasure: they are alternately boring, inspired, repetitive, funny, and deluded. But this might just be the book you need to kick-start your own journaling career. Make like Mary MacLane and turn that second-lockdown boredom into rapturous invocations to the devil and equally heated assertions that you are probably so uninspired and lonely because, well, you’re a genius. Somebody had to say it!” —Athena Bryan, Editor 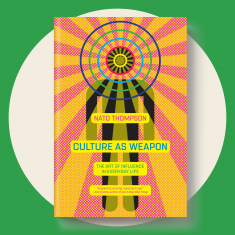 “Cultural critic Nato Thompson’s book is a free-wheeling and broad-ranging examination of the ways in which culture — defined here as anything from Internet memes to contemporary art galleries — is subtly but pervasively co-opted by corporations and advertisers for profit, often to the detriment of the very communities the culture is supposed to be expressing and representing. Since the book’s publication this insidious process only became even more widespread, making Thompson’s critique ever more necessary and penetrating.” —Mike Lindgren, Managing Editor 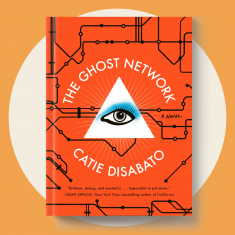 “To sum it up in a few words: Existential. Intriguing. Unconventional. Complex. When I finished this ambitious book I immediately thought to myself, What the heck did I just read? (and please, take that as a compliment). This conspiracy-packed mystery—Catie Disabato’s debut novel—left me wildly impressed and hungry for more. (Good thing she’s publishing another Melville House book in February 2021 titled U Up?).” —Allison Green, Social Media Manager 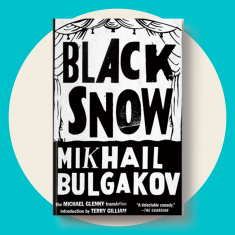 “While Bulgakov is perhaps better known for the literary masterpiece Master and Margarita or the witty novella Heart of a Dog, I really feel like he is in rare form with Black Snow. This is his unfinished final novel, and he spares no one in skewering theater elites, literary critics, and writers. It’s a fun read from beginning to end.” —Alyea Canada, Editor

He Died with His Eyes Open 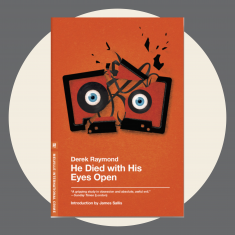 “Derek Raymond brought an icy and poetic brutalism to his series of “Factory” novels that take place in 1980s London. This is not the London of the latest series of The Crown, this is a bleak, de-industrial landscape where the wounds of Thatcherism are laid bare via the work off an unnamed copper who heads up the Department of Unexplained Deaths. Start off with He Died With His Eyes Open and continue with the four subsequent novels which are equally hard-edged, violent excursions into hell.” —Carl Bromley, Executive Editor 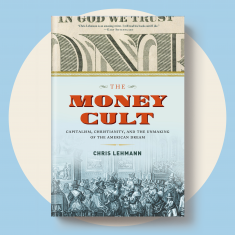 The Money Cult: Capitalism, Christianity, and the Unmaking of the American Dream

“If you’re anything like me, you’ve had one overwhelmingly desperate question on your mind for most of the previous two decades: “What the fuck happened here?” Chris Lehmann’s The Money Cult doesn’t have all the answers, but its rigorous and lively exploration of the 400 year relationship between American Protestantism and capital accumulation is a pretty good place to start. If nothing else it’ll explain the Falwells.” —Simon Reichley, Director of Operations & Rights Manager

Who’s Who When Everyone is Someone Else 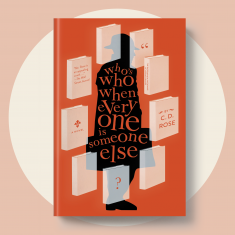 “Like so many other people, my reading has been intermittent, interrupted and occasionally non-existent this year. But when I have found myself able to, I’ve been drawn to the twisty, interior metafictions of writers like Italo Calvino and Thomas Bernhard. I’ve also revisited one of my favourite Melville authors, C.D. Rose, and his pleasingly baffling Who’s Who. This playful novel is both a tribute to and update on the great modernists, and highlights one of life’s central paradoxes: that sometimes we are only offered explanations once we have stopped seeking them.” —Tom Clayton, Publishing Executive 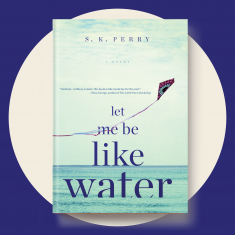 “This beautiful debut novel is a simple tale of loss and starting over, but it is told with such beauty, emotion and poetry it imprints on you. Over the course of a year we follow Holly dealing with the death of her boyfriend, and the new life and friendships she builds for herself as time moves on. Soothed by the seaside setting as tides come, and tides go, it is raw and heartbreaking while also being full of warmth, friendship and ultimately hope. I just love it.” —Nikki Griffiths, Managing Director