Awaeke Emezi, a non-binary trans person, has made the longlist of the 2019 Women’s Prize for Fiction and that’s great! 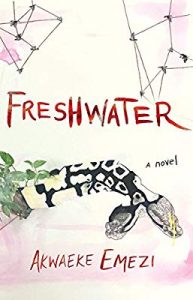 The UK’s prestigious Women’s Prize for Fiction announced the long list for the 2019 prize on March 4. As always, it’s a diverse and star studded list, including perennial heavy-hitters and debut authors alike.

It also includes, for the first time, a work of fiction written by a non-binary trans person, the Nigerian-born Akwaeke Emezi, who’s debut novel Freshwater, was published in the UK in November by Faber & Faber.

The prize was established in 1996, largely in response to a 1991 Booker Prize shortlist which included a whopping zero books written by women. From the beginning, the Women’s Prize set out to provide a platform for fiction written by women, to be judged by women; a noble attempt to address the massively disproportional critical attention given to male authors and their work. More than twenty years after it’s inception, things have improved somewhat, at least at the Booker, where four out of six shortlisted authors were women in 2018. Nevertheless, the Women’s Prize remains an essential standard bearer for women’s representation in the critical space. Which is what makes Emezi’s appearance on the longlist so significant.

In a statement given to Sian Cain at The Guardian, Kate Williams, author, historian, and chair of the 2019 panel of judges said of the announcement:

It is a historic moment. We’re very careful not to Google the authors while judging, so we did not know. But the book found great favour among us, it is wonderful. They are an incredibly talented author and we’re keen to celebrate them. Fiction, right from the beginning of the novel in the 18th century, has been there to explore identity. Novels are deep explorations of personality, identity and what makes a person. That is what Freshwater, and all the books on our longlist, are doing.

And Arifa Akbar, one of the 2019 judges, wrote in an op-ed in The Guardian, in an attempt to pre-empt any TERF-y nonsense on the decision:

There are those who will see Emezi’s inclusion as a threat, or the beginning of the end of a prize devoted to women. Its founder, Kate Mosse, set up the prize more than two decades ago because she saw women’s fiction being systematically overlooked. Things have improved, but we know that even now, men tend to buy fiction written by other men, not women, and wider in the publishing industry men are filling the jobs at the top. Some might worry that this preciously carved-out space is now set to be ambushed, even if the women’s prize has made clear that it will always seek to showcase the best of women’s imagination.

Welcoming a gender-fluid author into these ranks is not tantamount to opening the floodgates to those who bowl out of bed and decide they will identity as “she” that day. Such characterization is, in any case, a deeply cynical and defensive way of regarding identity. We all have to value gender as something more elemental than a protean tool for prize submissions.

Which seems a sensible enough position! Almost as sensible as the author’s own:

a preemptive tweet: i look forward to the dialogue around a nonbinary trans author being up for the women's prize, i'll save mine for if i win 🥂 congratulations to the other longlisted authors! ✨🎊 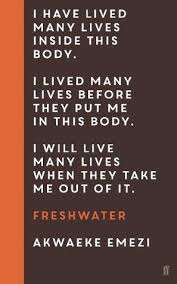 The full long list for the 2019 Women’s Prize for Fiction: