In the last week, the Association of American Publishers (AAP), the Book Manufacturers’ Institute, and the Printing Industries Association all joined a coalition of print and publishing trade organizations called Stop Tariffs on Print and Publishers (STOPP). The coalition was formed earlier this year in an attempt to halt the United States International Trade Commission (ITC) from imposing costly tariffs on Canadian manufacturers of uncoated groundwood paper, a paper stock commonly used in newspaper and book publishing. As Jim Milliot reports in Publishers Weekly, the ITC suggested raising tariffs to almost ten percent in January, after a preliminary investigation which the Department of Commerce and ITC had conducted at the request of the North Pacific Paper Company (NORPAC).

This chain of events started back in November of 2017, when NORPAC filed an official complaint with the US government, alleging that Canadian manufacturers, benefitting from a variety of government subsidies, were “dumping” artificially cheap paper into the US market, and that the widespread availability of this cheap paper had put US-based manufacturers at a competitive disadvantage. According to a statement from NORPAC President Craig Anneberg, reported by Marissa Luck in the Daily News of Longview, Washington:

Norpac and other U.S. producers have suffered greatly as a result of the unfair trade practices engaged in by Canadian producers and their governments. While demand for all types of printing and writing papers is in a long-term decline, the burden of dealing with these declines has fallen disproportionately on Norpac and U.S. producers.

By December, a pair of congressmen, Rep. Chuck Fleischmann (R-Tenn.) and Rep. Jamie Raskin (D-Md.) had drafted a letter to the Department of Commerce and the ITC, urging them to consider the dramatic effect increased tarriffs might have on the beleaguered newspaper industry, which, they said, employs 175,000 people across the country.

Despite the letter, the ITC voted unanimously to proceed with the investigation, which Luck says could take the better part of a year. The Department of Commerce will decide by May whether or not Canadian manufacturers are engaging in unfair practices; the ITC has until July to determine whether such practices have caused injury to US manufacturers.

Of course, the preliminary findings reported by Milliot, along with the generally tariff-happy attitude of the Trump administration, suggest that the government is likely to side with NORPAC. If so, the effect on newspaper and trade publishing could be severe.

The fragility of the print newspaper industry has been well-documented. Any cost increase in their already-fragile print operations could be difficult to deal with, and will likely propel the digital pivot already underway at papers such as the Washington Post, the New York Times, and others. Lacking the resources and audience to finance the high-cost transition to digital, local newspapers and affiliates will continue to be left behind, as razor-thin margins are squeezed into nonexistence.

As the Book Manufacturers’ Institute claimed in their press release on STOPP,

Printers and publishers cannot absorb increased costs and will cut production, print fewer pages, and shift more of their content and—subscribers—to digital platforms. This cost cutting will drive down demand for newsprint, ultimately hurting the long-term prospects for U.S. newsprint manufacturers, including NORPAC.

Trade publishers will also feel the pressure. The AAP, in its statement, asserted that “adding U.S. duties on the imported [uncoated groundwood] paper based on alleged trade abuses will harm publishers, printers and other users of the product by ultimately raising the price of competing domestic paper.”

These increased costs will disproportionately affect small, independent publishers, who lack the purchasing power to make up for increased unit costs, and whose operating margins are already often in the low single digits. Meanwhile, larger outfits like HarperCollins will see some loss to their impressive margins, and mid-tier publishers like Bloomsbury (who, despite some massive successes, still posted only a two percent before-tax profit margin last year), may be forced to scale back operations.

Publishers and manufacturers will certainly be keeping a close eye on this. It’s an important reminder of the huge impact that the Trump administration’s attitude towards tariffs could have in a variety of industries, even those we sometimes forget have a strong manufacturing base, such as publishing. 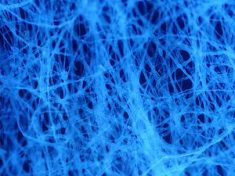