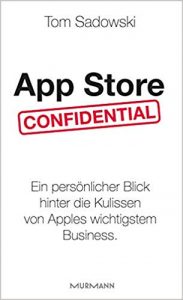 Tom Sadowski, former head of the Apple App Store for Germany, Austria, and Switzerland, has written a book about his time at Apple (including meetings with CEO Tim Cook, according to AppleInsider), and Apple is attempting to halt its publication.

Jay Peters writes for The Verge that Apple “sent a cease and desist letter” because “the company believes the book shares confidential company secrets.” Apple is requesting that the publisher, Murmann Verlag (this is all happening in Germany, FYI), cease deliveries, recall all copies, and destroy all manuscripts.

In a statement, which heavily implies that Sadowski was fired because of the book, Apple said:

Apple has long promoted a free press and supported authors of all types. While we regret the way this longstanding Apple employee violated our working relationship, his actions left us with no other option but to terminate his employment — a decision agreed upon by the works council. All workers should have the reasonable expectation that employment policies will be equally and fairly applied and all companies should have the reasonable expectation that their business practices will be kept confidential.

In an interview with Der Spiegel, which we cannot access but The Verge helpfully paraphrases, Sadowski said:

He shared the manuscript with Apple in advance of its publication. He also said he feels his book will benefit Apple more than it will harm it, and he told Der Spiegel he’s surprised at the company’s response to its publication.

The book is still available online so if we have any German readers, please get reading and fill us in!