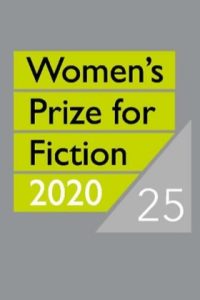 On 21st April the longlist of 16 titles was whittled down to a shortlist of 6 after this year’s judges Scarlett Curtis, Melanie Eusebe, Viv Groskop, Paula Hawkins, and Chair of the Judges Martha Lane Fox, debated their favourites over Zoom.

Lane Fox said on the shortlisting, as reported by the Guardian:

“It’s a big year. There were a lot of extremely impressive books on the longlist. It was difficult. We’re all still friends but I’m not going to pretend, it was tense. We weren’t fighting, but passions were high—just as you would want in such a process.

“These writers are not shying away from the topics we’re all facing over the next decade… We are all living in challenging, sad and complex times, so incredible stories provide hope, a moment of escape and a point of connection now more than ever … We are all so proud of these books—all readers will find solace if they pick one up.”

No surprise, the favourite to win is two-time Man Booker Prize winner Hilary Mantel, who, let’s face it, seems likely to add a third to her trophy shelf. A close second is Maggie O’Farrell who has twice been shortlisted and once won the Costa Novel Award. Neither author have won the Women’s Prize before.

Dare it be said, the shortlist reads like a popularity contest. It is safe and celebrates books that have already reached bestseller status: The Mirror and the Light sold 100,000 copies in its first few days. And it is a story old as time: we have previously written about how difficult it is for independent publishers to cultivate bestsellers from new talent, when few avenues exist to bring such talent to the fore.

What is once again distinctly lacking from this year’s shortlist, and from the original longlist, is the presence of small publishers. According to a report compiled by Frontier Economics for the Publishers Association,  there are roughly 2,255 book publishing enterprises registered in the UK with HMRC (and potentially thousands more who are not registered) and each year up to 190,000 books are published in the UK. So why do we time and time again see the same publishers on the same shortlists? Unsurprisingly the big players Penguin Random House, Hachette (who have 7 of the 16 books on this year’s Women’s Prize shortlist), HarperCollins, and Pan Macmillan are always going to be well represented. You’re likely to see entries from “major UK publishers” like Faber and Bloomsbury, to smaller, well-established ones who pack a hefty punch and have a healthy turnover, like Granta and Oneworld.

But seeing a truly small publisher represented? That’s rare. The Publishers Association’s commissioned report states “These players may be small in economic terms, but they retain a significant cultural influence in the UK and abroad.” Yet this isn’t really seen when it comes to literary prizes. There is pressure for big names backed by big money to be prioritised. Many celebrated last year when Lucy Ellmann’s Ducks, Newburyport was shortlisted for the Booker. But tragedy almost struck when publisher Galley Beggar Press entered into a partnership with online retailer The Book People, who shortly afterwards went into administration. Galley Beggar had to make a public appeal for support to fill a £40,000 hole in its finances.

Is it any surprise small publishers are unwilling to enter big prizes (a Women’s Prize win will cost the publisher £11,000; the Man Booker £10,000) and be subject to pressure from retailers to give huge discounts and take part in special deals?

The winner will be announced on 9th September at an award ceremony in London, having been postponed from the original date of 3rd June, and good luck to all those shortlisted. The Women’s Prize exists to celebrate the literary achievements of women, and this year’s authors are to be respected and admired for their talents. However, with every passing year, the hope of seeing unrecognised talent from a small press celebrated (and not consequently almost bankrupted) grows smaller.