An inmate gets a book deal, now they want him to pay to be in jail 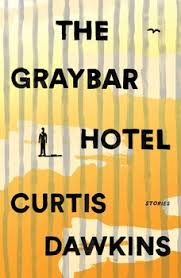 If you’re a writer with a book deal, serving life in prison could cost you more than literally all of your time.

According to Alexandra Alter at the New York Times, the state of Michigan is suing one of its inmates for ninety percent of his assets as “reimbursement” for the estimated $372,000 it’s cost them to keep him in prison for the past twelve years.

The prisoner is Curtis Dawkins, who confessed to the 2004 murder of Thomas Bowman, received a life sentence for the crime, and in 2016 sold his story collection The Graybar Hotel to Scribner to the tune of $150,000.

It’s not surprising that responses to the book, which was published in July, were mixed: There are some ethical gymnastics involved in supporting the work of someone who’s committed a terrible crime, of participating in the commodification of a family’s pain. In which case… don’t buy the book?

What’s much more slippery is the state’s claim on the author’s profits. Michigan is one of forty states that can require prisoners to contribute to the cost of their incarceration, but because so many prisoners are impoverished, enforcement is often conditional on their ability to pay. So the question is: Is Michigan suing Dawkins because they think the book deal means he can afford it, or because they believe he’s benefitting from ill-gotten gains?

If the capricious censorship of reading materials in prisons across the country is any indication, it seems unlikely that there would be any standardized income threshold to determine the point at which an inmate would have to reimburse the state for their own imprisonment. (Itself questionable, and possibly a violation of a prisoner’s Eighth Amendment protection against excessive fines.) More likely in this case, Michigan is imposing an additional judgment on Dawkins, who is already serving the sentence meted out in court.