An impressive update on Bookselling Without Borders 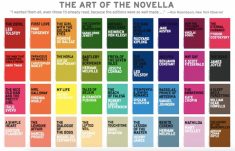 Melville House is proud to be among many publishers supporting this campaign, and you can still donate to the campaign and get some sweet rewards from our catalog. If you pledge $125 or more, you’ll receive the entire Last Interview and Other Conversations series, which include poignant and notable figures such as David Bowie, James Baldwin, Ernest Hemingway, and other iconic figures. And, that’s not all. For $145 or more, you can get the complete Art of the Novella series, which includes titles from George Eliot, Herman Melville, and Machado de Assis, and more.

The campaign ends on October 25 and even though the goal has been reached, there’s never been a more important time than now to donate to a wonderful cause.