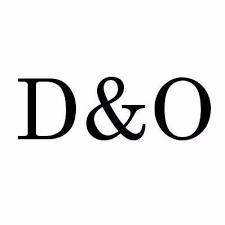 Usually, when sums of cash north of one million dollars are invoked on this blog, it is because a celebrity has just received a mega-advance to write a book, or because Amazon has avoided paying that much in taxes.

Today is different, though. We’ve got a real caper on our hands.

The New York-based literary agency Donadio & Olson represents some huge talent — such as Chuck Palahniuk.  Last fall, one of the agency’s clients was expecting a $200,000 advance payment that never arrived. The author tried to contact agency accountant Darin Webb, but still didn’t receive the check for months.

That’s because Webb had processed that payment, and many others like it, as a payment to himself. Crazier still, he’d been running this skim-scam since 2011.

As Isabel Vincent reports for the New York Post:

Although the agency, which also represents the estates of “Godfather” writer Mario Puzo and radio legend Studs Terkel, was not named in court papers, a lawyer representing the firm confirmed to The Post that Donadio & Olson was the subject of the alleged theft. Chuck Palahniuk is one of the authors affected by the scam. Photo by Alex Ran.

The agency now has a forensic accountant investigating nearly twenty years of financial records to determine the full extent of the theft, and to begin re-paying the authors unfortunately caught up in the con.

A lawyer for D&O has stated, “The agency’s singular focus at this time is ensuring that all of its impacted clients are made whole to the greatest extent possible, and the agency is cooperating in every possible way with the government’s efforts.”

Palahniuk is one of those impacted clients. Majorly impacted. As he writes on his website, his income had been slowing for years, and it eventually stopped. He’d received a litany of excuses from Webb, and—because he considered Webb a friend—didn’t think too much of the delays. But, like any of us would, Palahniuk began to feel a bit insane. Now that the truth has come out, he writes:

On the minus side, the legal process will be long and offers an iffy reward.

On the plus side I’m not crazy.  Nor am I alone.

An ex-Vogue staffer allegedly stole over $50,000 from her boss