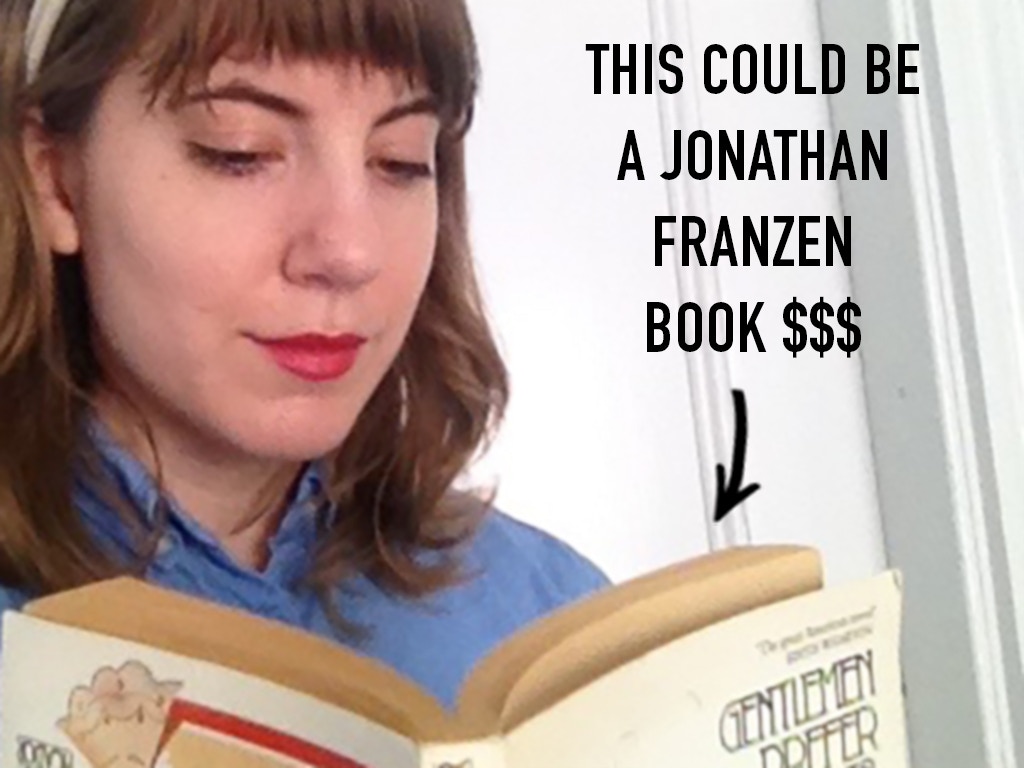 For the past year, Amy Collier has been exclusively reading books written by women. Inspired by the fruits and frustrations of her investigation into the literary canon, she founded an online collective called Uncovered Classics, a book-list and design gallery which features reviews and reappraisals of books written by women in the 19th and 20th century. Their goal is “to promote talented upcoming and established female illustrators and writers as well as the authors they’re discussing.”

But sometimes smart, pointed criticism, keen curatorial instincts, and a sharp eye for design aren’t enough to overthrow the suffocating weight of patriarchy. Sometimes, you need a withering sense of humor and a sophisticated (if uncooperative) crowdfunding platform. Luckily, Collier is up to the job.

Last Tuesday, Jezebel reported on a Kickstarter project initiated by Collier, which asks would-be funders to pay Collier to read a book by Jonathan Franzen. Per the initiative’s now-defunct Kickstarter campaign:

You couldn’t pay me to read anything by Jonathan Franzen. Just kidding, if someone wants to pay me $5000 or more to read one of his books and then make fun of it a lot I will.

The rates are negotiable, but not that negotiable. (You are always welcome to pay me more than the base.) Originally the first marker was going to be $1000, but then I was told I was lowballing prices, so here we are.

As of this weekend, the project has been shut down by Kickstarter for unknown and probably bad reasons. But the Craigslist ad which was the precursor to this effort is still up, and presumably anyone interested in sending Collier a check for $5K could probably make arrangements.

However, even those uninterested in throwing some dollars to Collier should take the time to read the Kickstarter page (the FAQ is particularly funny) as well as the long-form explanation of the project she posted on The Establishment. For example:

Q > I feel guilty pledging you because I don’t want you to actually have to read Jonathan Franzen.