#amnotreading: National Endowment for the Arts releases data on arts partcipation for 2013-2015 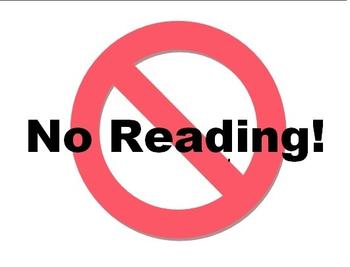 Earlier this week the National Endowment for the Arts released the results of its Annual Arts Basic Survey (AABS). The survey gathers annual data on arts participation at the national, state, and local levels, and attempts to discern the rates at which Americans engage with and create visual art, literature, dance, film, and music. It is conducted by the US Census Bureau and is meant to supplement the larger and more comprehensive Survey of Public Participation in the Arts (SPPA), which is conducted every five years as a component of the agency’s Current Population Survey. You can check out a summary of the research here, and peruse some of the results here.

As one might imagine, there’s good news and bad news regarding the cultural health of America’s body politic. The good news is that, after a decade of striking decline in gallery, theater, and live music attendance, things seem to have leveled off. In 2015 American adults went to museums, art exhibits, and concerts at roughly the same rate as in 2013.

The bad news is that nobody is reading. The survey shows that across all populations, the percentage of adults who read “literature” (defined as poetry, plays, short stories, or novels) fell from 47% in 2012 to a shade over 43% in 2015. When you break out the numbers by gender, race, ethnicity, or level of education, things get even uglier. M.A Orthofer has a good (if discouraging) summary of the situation at The Literary Saloon:

This decline, while not drastic, does seem to be inexorable. According to the NEA’s research brief, the rate of American engagement with literature has been steadily declining since 1982, when the SPPA was first introduced. For context, 1982 was the year that the Commodore 64 personal computer was released, Cal Ripken, Jr. played the first of 2,632 consecutive Major League Baseball games, Glenn Gould died of a stroke, and the People’s Republic of China adopted its current constitution, having become the first country in the world with a population of one billion.

According to the brief, further research is needed to determine the cause of the decline.