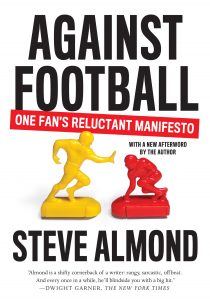 A long-planned deal between the Oakland Raiders and the city of Las Vegas was finalized this week. The NFL team and Nevada’s Clark County announced that the financing of a new stadium, to the tune of a mind-boggling $1.9 billion, was the lure that brought the west coast team to the desert. As Henry Grabar writes at Slate, the citizens of Oakland are losing a team, but it’s Nevadans that are paying the price.

Las Vegas appears poised to claim the mantle of World’s Most Expensive Stadium from East Rutherford, New Jersey, where the Jets and Giants play in the $1.6 billion MetLife Stadium. (Los Angeles Stadium, Stan Kroenke’s project that will host the Rams and Chargers, is estimated at $2.6 billion—but that cost includes parts of the surrounding entertainment district.*)

Clark County taxpayers will contribute $750 million to the new arena, a record for a sports facility—about $354 per resident, taken from an increased tax on hotel rooms. That tax currently pays for schools and transportation, in addition to tourism-related expenditures.

Stanford economist Roger Noll said it was the “worst deal for a city” he had ever seen.

Did everyone know this is a thing? This isn’t the first time, and it won’t be the last, that taxpayers get stuck with the bill. In this section from his 2014 New York Times-bestseller Against Football: One Fan’s Reluctant Manifesto, Steve Almond makes the case against these taxpayer-funded, owner-enriching deals:

The closer you look, the worse it gets. Consider that in 2013, lawmakers in Minnesota voted to allot $506 million in taxpayer money to the Vikings to help them build a new stadium—despite facing a $1.1 billion state budget deficit. They did this because Vikings ownership had made noises about relocating the team, a tactic routinely used against politicians who live in terror of losing a franchise. The new stadium increased the value of the team by an estimated $200 million. The owners, who are multi-millionaires, pay $13 million per year to use the stadium, which sounds like a lot until you consider that they earn hundreds of millions in TV revenues, ticket sales, concessions, and parking. This helps explain why teachers and social workers get paid what they do in Minnesota.Here’s the totally nutso part: the Vikings’ ownership actually underperformed. Based on research done by Judith Grant Long, a professor of urban planning at Harvard, taxpayers provide 70 percent of the capital cost of NFL stadiums, as well as footing the bill for “power, sewer services, other infrastructure, and stadium improvements.”

The perfect example: Seven of every ten dollars spent to build CenturyLink Field in Seattle came from the taxpayers of Washington State, $390 million total. The owner, Paul Allen, pays the state $1 million per year in “rent” and collects most of the $200 million generated. If you are wondering how to become, like Allen, one of the richest humans on earth, negotiating such a lease would be a good start.

In New Orleans, taxpayers have bankrolled roughly a billion dollars to build then renovate the Superdome, which we are now supposed to call the Mercedes-Benz  Superdome. Guess who gets nearly all the revenues generated by Saints games played in this building? If you guessed all those hard-working stiffs who paid a billion dollars, you would be wrong. If you guessed billionaire owner Tom Benson, you would be right. He also receives $6 million per annum from the state as an “inducement payment” to keep him from moving the team.

That’s the same amount Cowboys owner Jerry Jones would pay each year in property taxes to Arlington, Texas, where his fancy new stadium is located. Except that Jones doesn’t pay property taxes because, like many of his fellow plutocrats, he’s cut a sweetheart deal with the local authorities.

In the old days, NFL owners were rich men who accepted the risk of losing money as the cost of doing business. Thanks to the popularity of the game, the NFL and its owners—with the collusion of politicians—have created what amounts to a risk-free business environment. According to Long’s data, a dozen teams received more public money than they needed to build their facilities. Rather than going into debt, they turned a profit.

Okay, so taxpayers have funded 70 percent of the construction costs of the stadiums in which NFL teams play, for which they receive a return of pennies on the dollar. But  consider the economic impact if taxpayers were to receive 70 percent of the profits generated by those facilities: that is, a proportion equal to our investment. Given that the NFL is projected to earn in the neighborhood of $10 billion this season, that amounts to $7 billion from TV, tickets, parking, etc. (Again: no stadiums means no games.) Think about how much social good $7 billion would do in cities such as Detroit and Cleveland and St. Louis, where bright new stadiums rise above crumbling schools, closed factories, and condemned homes.

Or let’s say, more conservatively, that cities demanded a 50 percent share of the profits as rent. Or simply demanded that the owners remit to the taxpayers the sum required to build and maintain these stadia. This would still represent hundreds of millions of dollars.

This is not some socialist “redistribution of wealth” scheme. It’s not charity. That’s Fox News math. This is asking an immensely profitable business to pay investors  (taxpayers) our rightful dividend.

The traditional line put forward by boosters is that a sports franchise generates prestige and jobs and economic growth for a particular city. It would be more accurate to characterize teams as parasites on the local economy. They suck money from local tax bases then send the gigantic profits generated by these expenditures back to the league office for disbursement to the owners.

Think about how insane our cultural priorities are that we’re allowing so much money to be siphoned from the public till and funneled directly into the private koi ponds of the nation’s wealthiest families. That arrangement isn’t even capitalist. It’s feudal.

Please try to imagine, if you would, what other industry could perpetrate such financial chicanery and still be considered a model corporate citizen? Think about this the next time the NFL ballyhoos one of its PR charity giveaways.

This is not a matter of politics, by the way. Conservatives who rail against government debt and liberals who lament the decline of social services should be equally outraged. Better yet: they should recognize that their loyalty to the NFL is what makes this ongoing confidence game possible. We are the ones who give the league its tremendous leverage over politicians. We shouldn’t be surprised that it uses this leverage. That’s what capitalists do.