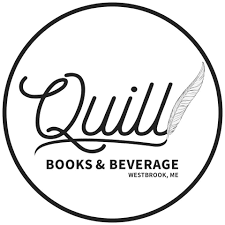 Earlier this week, we wrote that in the wake of #MeToo, some book publishers are pushing to include “morality clauses” in their agreements with authors — the idea being that allegations of sexual misconduct could compromise the commercial viability of a project.

There’s been some evidence of that liability already. This week, Megan Doyle reported for the Press Herald that Maine’s Quill Books and Beverage is pulling from its shelves books by the author Junot Díaz, who has been accused of sexual misconduct and verbal abuse.

“There are plenty of authors who aren’t sexually assaulting and sexually harassing people,” co-owner Allison Krzanowski said. “So we make space for them by removing the ones who are.”

Krzanowski says that the store has also removed books by David Foster Wallace and Sherman Alexie, who have faced similar accusations.

“There have been some people who think we are banning books, and to that, I say it is our choice not to carry products,” Krzanowski said. “It’s not the same as a book being banned. We have a ‘safe space’ commitment, and that extends to our shelves.”

It’ll be interesting to see how these sorts of efforts — “morality clauses” in contracts and shelf space in bookstores — impact the results of reports by VIDA and other organizations, which consistently reveal that women have disproportionately fewer bylines than men, and that books by women receive less media attention, win fewer prizes, and are priced lower than books by men.