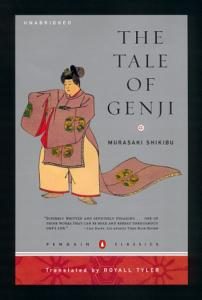 Japan is home to some of the oldest temples and shrines in the world, but it also is the birthplace of the world’s first novel, The Tale of Gengi. According to a report from the Guardian, a lost chapter of the novel has recently been discovered in a Tokyo home.

The Tale of Gengi was written in 1010 by a Japanese woman who scholars named Murasaki Shikibu. Her original manuscript no longer exists, but transcriptions from the poet Teika have survived. Teika died in 1241, making those transcripts roughly 200 years older than Shikibu’s original. Still, it’s the oldest version we have and at over 700 years old, it’s pretty impressive.

Which is why this lost chapter is such a big deal: until this discovery, we only had four chapters of Teika’s transcription; now we have five. Discovered in a storeroom, the chapter was found in an “oblong chest” at the home of Motofuyu Okochi, a descendant of the former feudal lord of the Mikawa-Yoshida Domain. The Okochi family has apparently been in possession of the chapter since 1743, when it was handed down to them from the Kuroda family of the Fukuoka feudal domain.

To confirm that the chapter is authentic, experts at a foundation for the preservation of cultural heritage, Reizeike Shiguretei Bunko, compared the handwriting as well as the cover of the manuscript to Teika’s other manuscripts. The authenticity has now been confirmed.

The Tale of Genji is the story of Genji, the son of an emperor, and recounts his romantic and political life. The found chapter describes a meeting between Genji and the woman who becomes his wife.